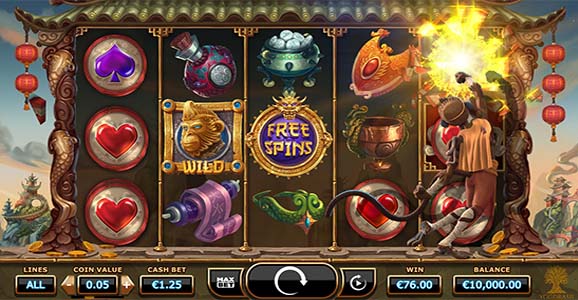 Yggdrasil Gaming has launched a very exciting new festive campaign to encourage player loyalty and commitment in the run-up to the holiday season.

This year, players can take advantage of the € 213,800 offered by Yggdrasil as part of their Christmas Calendar campaign, in order to put themselves in the spirit of Christmas.

This innovative Christmas campaign takes into account several exceptional games designed by the casino software developer Yggdrasil, including its machines the most popular video slot, such as Holmes and the Stolen Stones, Golden Fish Tank and Vikings Go Wild. Among the tools used to guarantee a phenomenal success for this promotion with online players, there are Missions, the latest promotional tool of the developer that allows players to carry out missions and compete to win, Enormous gains. There is also Cash Race through which players can win wins related to money prizes within a specified time. The sensational campaign will be launched on the majority of the best Yggdrasil casinos.

As soon as Yggdrasil Christmas Calendar campaign was launched, company CEO Fredrik Elmqvist said at a press conference that the online betting industry has reached a new level of competitiveness. In addition to designing the most exciting titles, Yggdrasil is also dedicated to providing casino operators with games that are backed up by an infrastructure to ensure that players enjoy high-level entertainment.

The Yggdrasil casinos offer a wide variety of games designed brilliantly, and the number of the most popular titles in the collection of Yggdrasil video slots, there are entertainment options launched in 2016 as Big Blox, Double Dragons Super Heroes and the latest, the new slot Vikings Go Berzerk.

Vikings Go Berzerk brings back the warriors that were in Vikings Go Wild and were so much appreciated by the fans. This suite is full of features to offer incredible gains. The basic mechanisms have not been modified, while there is a free spins mode in which the Vikings become wild. On the Vikings Go Berzerk slot machine, your goal is to defeat sirens, which replace the giant sea serpents that were on the previous opus.

Enjoy the holiday season with the Yggdrasil Christmas Calendar until the end of December. This promotion is available on many online casinos, including Tropezia Palace.