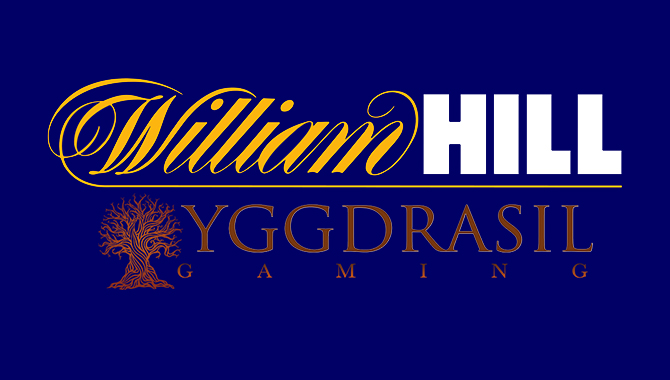 The list of Yggdrasil casinos is once again richer by another member, because the English bookmaker and operator of online casinos William Hill and Euro Grand has decided to offer to its customers in the future also the ingenious slot machines of this developer from Malta . This decision by William Hill to include gamers such as VIKINGS GO BEER, BIG BLOX, LEGEND OF THE GOLDEN MONKEY or GOLDEN FISH TANK in their own portfolio will not only have been very well received in the company’s management days, but also the players at Euro Grand and At William Hill Casino are very likely to be convinced by the quality of the Yggdrasil Slots and a further reason to continue working hard in these virtual gambling halls. In the past few years, no other software studio has ever seen a similar positive development as the company based in Malta. High quality, very good graphics, varied bonus features and very high payout rates in the two years, which now Yggdrasil slot machines for online casinos manufactures, in winds ropes with the Shaking around and made sure that today hardly a virtual gaming do without these slots Can And so for several weeks and months the pens have been glowing at Yggdrasil and one signature chases the next.

William Hill hopes for an animation of the Yggdrasil game machines

William Hill, a former industry prince and pioneer in the online casino business, turned his own success curve exactly in the opposite direction, as with the new partner Yggdrasil. While there was only a steep rise in the Maltese software forge, the online casino operator was more concerned about it. The one-time driving horsepower, the online gambling game, has been weighing heavily for months now, and is now undermining itself among its own down-corrected expectations. Despite the full-bodied, ever-recurring promise of a soon-to-be-set trend reversal, the revival of this important business area has so far continued. This is precisely why this new contract between William Hill and the shooting star of the industry Yggdrasil is given so much attention. Many players build months and years of preferences on certain game developers, preferring them for a long time, and looking for new online casinos that can offer these slots. Yggdrasil has succeeded in building up a large circle of fans and lovers of his own creations in the shortest possible time and the British bookmaker also speculated about this. With the automatic games from Malta, new players will be approached and existing customers will be kept with a better offer, but whether this will end the self-inflicted misery of the online business at William Hill sustainably and here perhaps the traction force of the Yggdrasil game machines will be somewhat overrated Then only the balance sheet figures in the coming months betrayed.

For Yggdrasil the investment in Gibraltar has already paid off

Great success in a short time, as with Yggdrasil, of course also leads to the fact that the Maltese always have to keep their eyes open for new lucrative markets, in order not to have to take the foot off the gas. Just six months ago, a branch office in Gibraltar, another mecca of the European gambling industry, was set up to convince the on-site providers of online casinos of their own game machines. The investment has paid off not only through the deal with the subsidiary of William Hill in Gibraltar, which is responsible for the entire online gambling business of the Group, but is only the provisional highlight of a customer acquisition that has been going on for weeks With Tain, Suprnation, the Gaming Innovation Group and lastly with Lotto land. However, Yggdrasil is extremely active not only on the peninsula in the south of Spain, but also the regulated markets are moving more and more into their own focus. After the Software wrought already secured licenses in the domestic Malta, in Gibraltar, in the UK and in the new market Romania, the Maltese now also moves into the extremely lucrative south, to Italy. The certification of 11 of the best Yggdrasil game machines and their own, HTML5-based, iSENSE 2.0 platform is currently underway in order to bring the self-developed creations under the Italian Gambler into the future.