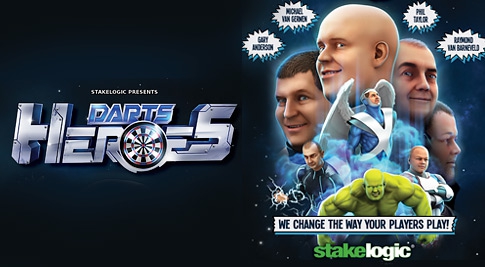 Almost every player knows them and almost everyone loves them, the Novoline game machines from Novomatic. Be it the Evergreen BOOK OF RA, which has always been among the top 10 most popular slot machines in Europe and the world, or it is all the other numerous creations that make their way into the Novoline casinos from the stationary gambling machines Over the past few years , online casino games by Novomatic have thrilled the masses. In order to counteract the ever-growing market of the virtual gaming hall and the increasing migration of entire generations of gamblers, and in this increasingly lucrative market also to rank in the front row, there is the subsidiary company Greentube within the Austrian group. This is where everything is connected with online casinos, software development and live casino. Under the umbrella of Greentube, there are numerous subsidiaries within the large Novomatic family and one of the most important is Stakelogic. For a long time, Novomatic has been accused of missing the trend towards ever more elaborate game machines equipped with all sorts of 3D animations, but with the new development studio, the Austrians are also playing a key role in this field and will become the world’s most popular gaming fair, the ICE Totally Gaming Early February in London to present their latest game machines DARTS HEROES for the online casinos.

Last year, the Austrian giant used the stage of ICE Totally Gaming among the European gambling companies Novomatic to present its newly founded Stakelogic developer studio to the specialist audience and the assembled press. At the time, the FOOTBALL GLADIATORS slot machine was also a special treat at the time and also celebrated a successful world championship. This automaton game convinced with a great list of bonus features, very good 3D animations and the license four of the world-famous football players, such as Toni Kroos or Andrea Pirlo. With the new DARTS HEROES slot machine, Stakelogic and Greentube are adopting a similar approach. Here, too, four extremely famous players will be able to choose the Gambler in their sport and the mechanics of the game will be clearly oriented on the predecessor FOOTBALL GLADIATORS. The four dart players Gary Anderson, aka “The Flying Scotsman”, Michael van Gerwen, aka “Mighty Mike”, Raymond van Barneveld, aka “Barney” and Phil Taylor, also known as “The Power” The 7th of February between 1 pm and 4 pm, will not only show their skills at the stand of Novomatic in front of the interested audience, but also give numerous auto grams. The whole presentation of the new slot machine DARTS HEROES is rounded off with the award of numerous dart boards by Unicorn to the visitors.

Although the presentation of the new slot machine DARTS HEROES will be one of the biggest highlights in the area of ​​Greentube, on the stand of Novomatic, the subsidiary of the Austrians still has numerous, further small highlights for visitors. The audience and guests can also take a look at the PLURIUS software solution, which makes it possible, without additional development or adjustments, to provide both games for casinos and online casinos alike. Another area within Greentube will be the Live Casino Portfolio of Extreme Live Gaming, which is now set to rise to the clear number three, behind Evolution Gaming and NetEnt, in the steadily growing market of classic casino games with live dealers. The last area under the Regent of Greentube, which will definitely pay off for visitors, is reserved for the subsidiary companies AbZorba Games and Blue Bat Games, which specialize mainly in providing content and operating social casinos. Many gambling houses are gradually discovering the advantages of their own virtual casino, which does not make money for the players, but on the one hand as an advertising platform for the real casino is significantly superior to other marketing measures and on the other hand by selling virtual currency. Also in this area is Novomatic Greentube and the affiliated affiliates now thick in the business and just a few weeks ago a fat contract with the Treasure Island Resort & Casino in North America.