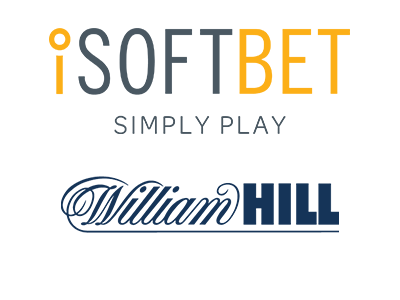 William Hill can use the now closed deal with iSoftBet to increase the casino offer and offer the players even more. Finally, the deal includes the fact that William Hill can access the entire portfolio of iSoftBet games and use all games. For William Hill Interactive Online, this means that there will be even more choice in the gaming offer for the players. For iSoftBet, on the other hand, this is, of course, a very lucrative deal. With such a large partner, the relatively unknown company can also become more popular. And, of course, this can also lead to the fact that other large and well-known Casinobet drivers want to work with iSoftBet.

Cooperation goes beyond play provision and use

At iSoftBet one is very excited about the collaboration

Certainly, iSoftBet benefits from the contract with William Hill very much. Not only financially, this deal is likely to bring a lot, but also with regard to the degree of recognition. The MD at iSoftBet, Nir Elbaz therefore speaks of an exciting time, which belongs to the company. For iSoftBet, the excitement is of course great, that one can now work together with such a large and well-known partner. William Hill is very well known. So, Elbaz is also looking forward to allowing William Hill to provide the Neon Reels ™ slots and brand titles, such as Paranormal Activity, launched in the past year. Moreover, according to Elbaz, iSoftBet is also very confident that the games will fit very well with William Hill and its customers.

At William Hill, there would have been no contract conclusion if one were not convinced of the deal. The gaming commercial director at William Hill, Graeme Powrie, said the games of iSoftBet will fit perfectly into William Hill’s offerings and that the customers will certainly be happy to have even more fun.