Will The Favorites Tag Help Australia

Will The Favorites Tag Help Australia

Posted on February 12, 2015 by Admin in Cricket, Will The Favorites Tag Help Australia Or Add Pressure To The Relatively New Team 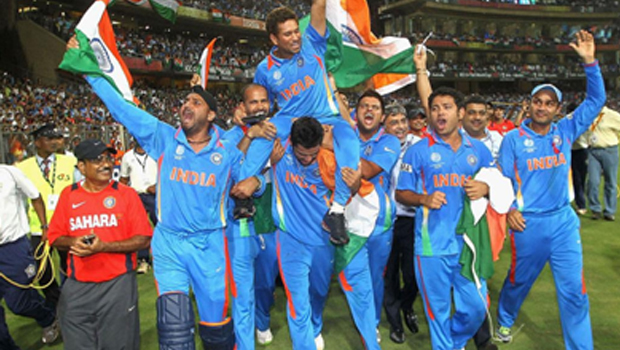 If there is a nation that has consistently won more ICC Cricket World Cups than any other nation, then it has to be given hands down to Australia. Even though the West Indies started off on the high by winning the first two cups back to back, India has also managed to win two, but it is the dominating and supreme Kangaroos who have won it 4 times and 3 in a row, wherein they have consistently entered into the finals for 6 times. However, their glorious days have seem to fade off with the retirement of the key players in the side in the last few years, such as in the case of Ricky Pointing, Mathew Hayden, Andrew Symonds, Adam Gilchrist, Shane Warne, Michael Bevan, etc. The team under Michael Clarke seems to be a well settled one and somebody or the other tends to pull out some match winning performances in the last year or so, especially with the bat or ball or even as all-rounder show. With the current form of the tournament being held in their own shores, as well as in New Zealand, which is their neighboring archrivals; the Oz team is termed as the favorites by most cricketing experts and lovers.

However, Michael Clarke has had some injury woes with his fragile back in the recent times and George Bailey would have to step in to be the captain to fill in the huge shoes. While the home pitch conditions are well versed for the players, it has to be noted that in the short format of the games, such as in the case of the ODIs or T20s, a couple of overs can change the course of the game drastically. Therefore, each of the 14 participating teams’ captains would be wary of the fact that they would have to devise the strategies and have to be on their toes while leading the team on the ground. The good news however for the Oz team is that under the bowling spearhead Mitchell Johnson, their seam attack seems to be well settled and they are also good with the limited spin options, thanks to Xavier Doherty and Glenn Maxwell, who can turn the ball and get some wicket at the critical times.

The good news to the team and its hardcore fans is that there are some stars in the side that are able to pull out the huge game winning performances at the right times, such as Glenn Maxwell and Steven Smith, who are known for their all-round performances. The commitment on the field is consistent with the Australian side, since they are known to be one of the best fielding sides of the tournament. With the support of their home crowds and playing in the conditions that they have become such thoroughbreds, it is easy to say that the teams that are playing against them would have to be wary and have to give in their best shot to even win a single match against them down under.