Posted on January 15, 2015 by Admin in Golf, Will Rory McIlroy complete 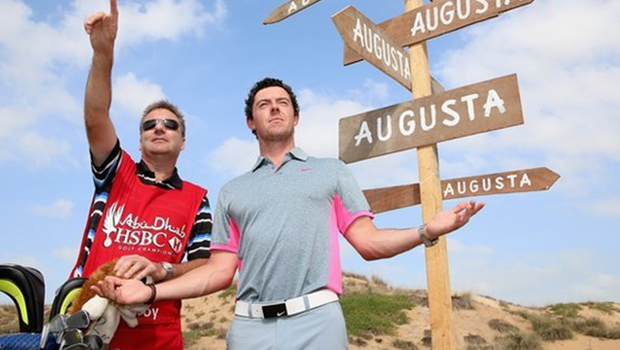 Will Rory McIlroy complete his album of Masters Tournaments in 2015?

Rory is only one trophy away from the Masters Tournament to completely have all of the major golf tournaments on his shelf. His talent and hard work throughout the years, especially in the last 2014 has paid off, and he is just one step away from becoming the sixth in the world by making that achievement. The World number one Northern Ireland’s player Rory McIlroy is hoping to keep his brilliant game from last year, as if he has that he can achieve anything he wants.

The two tournaments from last year PGA Championship and the Open grand slam, together with the 2012 PGA victory and 2011 US Open title are missing one piece, and that is the Augusta tournament trophy in April this year, as he will join Tiger Woods, Jack Nicklaus, Gary Player, Ben Hogan and Gene Sarazen who have won them at least once, with Tiger and Jack having three copies of each trophy at home.

In the 1930 it was only Bobby Jones who had these titles and he managed to win them in the same year, but the rules were different at that time so he is not in the count of the people who have won all four tournaments.

Rory McIlroy is hoping to be in form just like last year as he has held many practice sessions to keep his form up and running. The pace that he has played with last year is clearly the best sign of being among the best golf players of all time in the world, and his ambition this year as well is to be on the top of the leader board and ranking list of the world, and ti be the fear in the enemies’ hearts when they hear his name.

Rory said that it is a good sign when the enemies are talking about you. It’s a mirror of reflection of your past work and it is most certainly a motivation for him in the next period of play time. The decisions that the Northern Ireland ant World’s No.1 golf player has been making in the last several years has put him way above the former No.1 Tiger Woods who was counted as one of the world’s best players for many future generations to come. However no one predicted the injuries that he has had in the last 5 years and therefore lost his pace and form together with the good words that the audience and the world had for him. Let’s watch and see if this year history will be written with the Rory McIlroy name over it.

Don’t forget to check the jackpot bet online sports forum site and see the latest news and information there. The online gambling application allows you to have fun and to earn some cash like the jackpot or the other cool prices that are there.