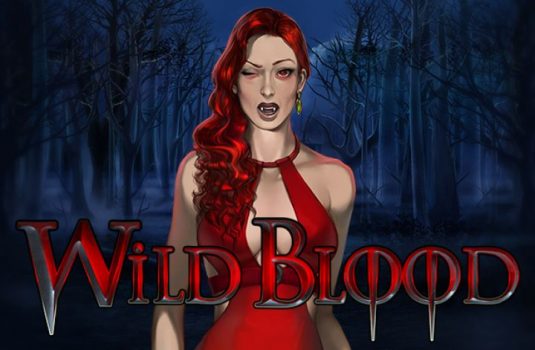 It’s time to turn to the supernatural in the latest offering from slot maestros Play’n GO! Introducing their brand new title Wild Blood II, the sequel to the hit game Wild Blood.

Laura, Margaret and Rebecca are three southern belles who hold a deadly secret, they are creatures of the night! Along with the all-powerful Dracula, they lure their innocent victims into their dark domain

Enter into their sultry, seductive world in this 6×4 reel slot featuring over 4,000 paylines to win on! Match three identical symbols along the payways to trap yourself a base game win. The in-game symbols are the 10 through Ace card values, a dagger and a foreboding skull. Laura Margaret and Rebecca also appear as symbols in the game but, when the Bloodlust takes over, they will reveal their true vampire forms and unleash their powers onto the reels!

The game’s Scatter and Wild are a vial of blood and Dracula himself respectively. Dracula will substitute for any symbol except the Scatter to help you create even more winning lines on the grid. If he reveals himself as an expanded symbol on the sixth reel, then he will trigger Vampire Bat Re-Spins. Once triggered, you’ll be awarded a free re-spin and Dracula will fly to the first reel for that spin.

The game also has another special feature, Bloodlust. Bloodlust is triggered when three or more blood vial Scatters land on the reels, landing 3, 4, 5 or 6 Scatters will grant the player 10, 15, 20 or 25 free spins respectively.

Once you summon the Bloodlust, you must choose which of the vampires you wish to use their power during the free spins, aura, Margaret or Rebecca. Each brings with them their own unique abilities.

If you trigger Vampire Bat Re-spin while using Laura’s feature, then her symbol will turn Wild and spread up or down the reels for the re-spin.

Margaret – Any Wild symbols that land on reels 2, 3, 4, or 5 are collected and added to the Bloodmeter. It takes four Wilds to fill the meter, and it will increase the multiplier up to x5 and also award you two extra free spins.

If you trigger the Vampire Bat Re-Spin while using Margaret’s feature, then her symbol will turn Wild and be added to the Bloodmeter for the re-spin.

Each time the meter is filled counts as a re-trigger and, as mentioned above, adds two extra spins.

If you trigger the Vampire Bat Re-Spin while using Rebecca’s feature, then her symbol will turn Wild and have a chance to become a multiplier on the re-spin.

Prepare to sink your teeth into Wild Blood II!