Who’ll have the worst record this season?

Who’ll have the worst record this season?

Posted on October 10, 2014 by Admin in NFL, Who'll have the worst record this season? 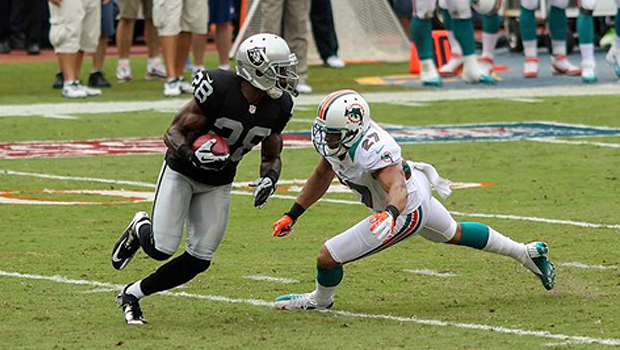 Every side in the NFL will be desperate to claim victory in their division and make the end of season playoffs with them then having the chance to making, and then winning, the Super Bowl this season, but not everyone will even come close to making this. Some sides will struggle to record any victories at all and these teams are the sides that we’re taking a look at with Ladbrokes.com in our preview of the Regular Season Worst Record betting market.

AFC West side Oakland Raiders come into the 2014 season as the most favoured side to collect the worst record of the season and they have, so far, lived up to their pre-season billing. Their opening two matches saw a five point loss at the Jets before losing by 16 at home to the Texans. The Houston Texans were the worst team in the NFL last season as they recorded just two wins in 16 matches and they have already comfortably beaten the Raiders this season, so Oakland certainly look like they offer value at odds of 3.00 to be the worst side in the league.

Second favourites to finish bottom of the league this year are the Jaguars who are giving the Raiders a run for their money at the start of this season. They have already suffered two massive losses at the start of the year with a 17 point loss in Philadelphia followed by a 41-10 hammering in Washington against the Redskins. They did manage twice as many wins as the Texans in the AFC South division last season, but they’re already two wins behind Houston this time around and if they keep these performances up they offer even greater value than Oakland in this betting market.

Tampa Bay were the second worst side in the NFC last year as they finished the season with a 4-12 record, tied with the Falcons and just one win ahead of the Redskins, but they are expected to suffer much, much worse this season. They have already equalled their worst streak from 2013 as they have lost each of their opening trio of games by six, two and 42 points at home to the Panthers and Rams before that heavy lose in Atlanta against the Falcons. The omens do not look good and with some very tough games to come the Buccaneers could very well find themselves bottom of the pile.