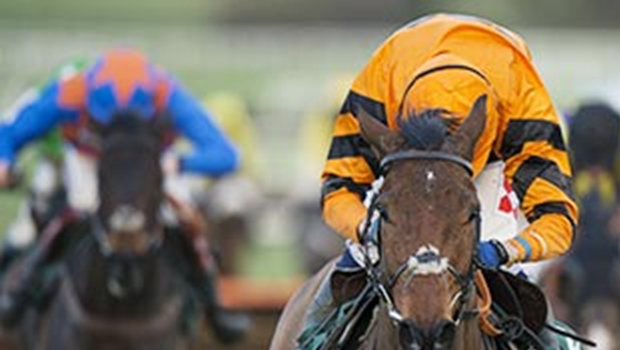 Which Cheltenham banker is best value?

Jackpot Bet Online – the best news site talks about the financial issues of the Cheltenham festival.

EVERYBODY loves a Cheltenham Festival banker, often combining them in life-changing accas, but which of this year’s lumpjobs makes most appeal?

Sprinter Sacre (1-4) and Master Minded (4-11) have obliged in Champion Chases recently, but punters ploughing into Annie Power at 1-2 in the Mares’ Hurdle last year were left wondering what might have been following her final-flight fall.

This month’s festival – jump racing’s most magical week of the year – will not feature an Arkle, who was sent off at 1-10 before winning the 1966 Cheltenham Gold Cup by a whopping 30 lengths.

Faugheen, although never an Arkle-like price in the Stan James Champion Hurdle, also misses out through injury, but there are still a few shorties – three of them trained by Willie Mullins – for punters to get stuck into.

What they say: “He’s at that point in his career where I don’t know if we’ve ever had anything as good” – Willie Mullins, trainer

A different species according to trainer Willie Mullins, who is not short of star horses. French-bred six-year-old bolted up in last year’s Supreme and has looked awesome in three starts over fences this term.

The Arkle is a 2m novice chase so anything can happen, although connections of his rivals might be clutching at straws.

What they say: “I’d love if the Champion Chase was tomorrow. I’m just counting down the days with him, he’s in terrific order” – Willie Mullins, trainer

Last year’s Arkle winner has won every race he has completed (14) and was too good for 2014 Champion Chase winner Sire De Grugy when the pair met at Ascot in January.

When he’s good, Un De Sceaux is electric, but there can be a power failure sometimes and he has fallen twice, including on his penultimate outing. When fences are attacked the way he does, accidents can happen.

What they say: “Can you see anyone getting near him? He just looks better than everything else over three miles” – Colin Tizzard, trainer

In Cue Card and Thistlecrack Colin Tizzard has two aces for the festival this year and the latter has looked brilliant when rising to the top of the staying hurdle division. Seems to go on any ground as well.

Not many. Star Mullins mares Annie Power or Vroum Vroum Mag turning up might give him something to think about, although they have other targets, while confidence is growing last year’s winner Cole Harden can go well, especially on good ground.

What they say: “If she can handle the hurdles at Cheltenham she certainly has the engine for the new mares’ race” – Willie Mullins, trainer

Like Douvan, represents that lethal combination of Mullins training a French import for Susannah Ricci with Ruby Walsh in the plate. Daughter of 1997 Arc winner Peintre Celebre looked the real deal when winning at Fairyhouse in January.

Likely big field means plenty could get in her way, while some similar unexposed sorts may also spoil the party.