When the live roulette in the LeoVegas is what’s going on!

When the live roulette in the LeoVegas is what’s going on! 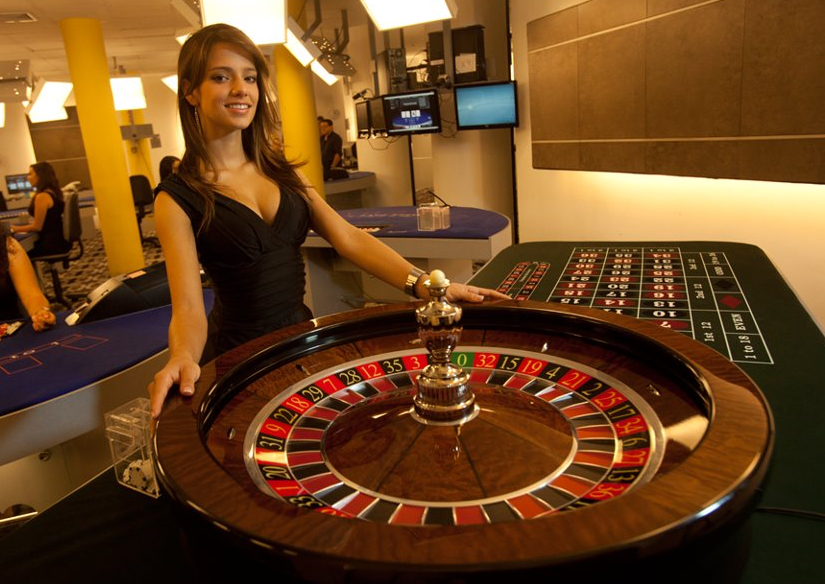 Rien ne VA plus! But where does the roulette ball land? On black or red? This decision applies the roulette ball alone. You can only give your tip beforehand, where it should land best. No wonder, therefore, that roulette is such a fascination with player’s triggers. Because with almost 50 percent chance the roulette ball hits one of the two colors. In the LeoVegas live roulette the New Year will be welcomed and you will of course play the leading role. Because it is about you and your choice, which can then bring you really big profits. With the live roulette action “Red or Black?” You can be a very big winner and start the New Year with the best base.

Earn and collect points at Live Roulette in LeoVegas

The first week of action will take place until 8 January 2017. The second week starts on 9 January and runs until 15 January and the third week starts on 16 January and runs until 22 January. In these three action weeks the 36 players are rewarded with the highest points in the ranking. Depending on the place you have earned on the ranking list, you will then receive 400 or 200 euros. This depends on the color your roster number has in roulette. Because the sieves are red, for example, you get 400 Euro as a seventh placed player. At 26, for example, it looks different because this number is black. For that there is then 200 euros. Each action week will restart the ranking by the way.

After the ranking weeks, the final round comes

simply running such a ranking tournament, the LeoVegas Casino was probably too boring. That’s why there is the final round for the ranking list. If you are on the ranking list in one of the three action weeks, you are automatically in the final round. You will be informed about your participation by SMS. On January 23, 2017 at 6 pm, you will be able to win more. Then the winners of the final round will be drawn at the LeoVegas Celebrity Blackjack table. The total of 108 winners of the action week will receive a lot for each day played, when the ten euros were used for the tournament, thus a total of up to 22 lots. With luck, you will be one of the four winners of every color, who will then each receive an iPhone 7 Jet Black. Alternatively, the winners can also pay out 600 euros, if desired. For the two players of each color, which are drawn as fourth, there is also a surprise. Because these two winners take part in the final duel!
The final duel marks the start of the New Year

The duel in the action “Red or Black?” At the LeoVegas Casino the really crowning conclusion. The two best players, the best player of the color red and the best player of the color black, duel at the LeoVegas live roulette table on January 24, 2017 at 18.00, but without any bets. Because in this duel it is only about the ball to land on black or red. Thus, the best red player wins when the roulette ball remains red and the best black player when the ball lands on black. And the main prize really has it in itself. Because for the main winner there is a short trip over the weekend for two persons including transport, round trip and accommodation in a 5 star hotel. There is pocket money and a bet worth 10,000 euros in a prestigious casino chosen by LeoVegas. This Casino betting will take place on 1 February 2017. And if this bet is still won then the winner will receive 20,000 euros. If the bet is lost, then it remains with the 10,000-euro-win.