As is often the case, Netent news is rather busy these days. The developer has just released a new branded slot with Jumanji, announced a new millionaire through its slot machine Hall of Gods and attacked the online games market in New Jersey!

The first news coming from Netent is the expected release of the slot machine Jumanji, taken from the 1995 hit movie, with the late Robin Williams. For the occasion, Netent has put the dishes in the big by proposing an unusual roll structure, which allows him to offer 36 payment lines.

The Jumanji slot takes place in the mansion of the Parrish family. The reels are surrounded by the game board course, which you can use to enjoy the various features available. In all, there are four features, four free spins and one mystery bonus.

Jumanji is full of features and is carried by a soundtrack reminiscent of the jungle in which the young Alan Parrish spends years surviving. Overall, the rendering of this NetEnt slot machine is excellent and it will not hurt to find fans in the weeks and months to come! 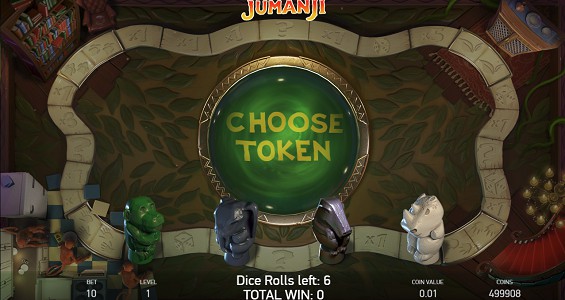 While Jumanji appeared on Netent casinos, the developer announced good news from Finland (another Scandinavian who wins a Netent jackpot!). An online player has indeed won the progressive jackpot Hall of Gods for €2,701,379.

The jackpot was hit by a mobile player who won after a €2 spin on the online casino Paf. This gain follows the recent Netent jackpots from Mega Fortune Dreams, Arabian Nights and Hall of Gods.

“We had three seven-digit jackpots just this month and I’m confident we’ll see more by the end of the year. Said proudly Henrik Fagerlund, CPO of Netent.

Finally, Netent has also announced with its successful integrated toy library to the operator Hard Rock Atlantic City, New Jersey, where online players of the state will discover all the expertise of the Swedish developer via its slot machines.