Posted on October 10, 2014 by Admin in NBA, Western Conference Winner 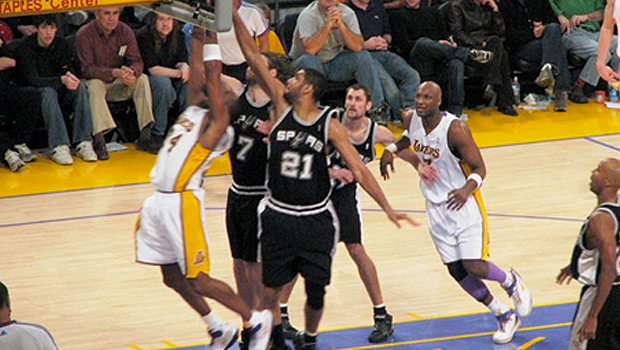 The Western Conference has been the more successful of the two conferences in the NBA Championships in recent years as six of the last ten titles have gone to teams from this side of the league. The San Antonio Spurs have become the champions on three occasions, the LA Lakers twice and the Dallas Mavericks claimed the title in 2011, now will any of these teams be the one to triumph in the Western Conference this year?

The Spurs are the most successful side in the Western Conference in the last decade with three NBA Championship wins as well as taking the Western Conference title an extra time in the 2012/13 season. They have won this crown in both of the last two seasons and despite the core of their side aging and closing on the end of their amazing run over the last ten years they are favoured to take this title again this year. Tim Duncan and Manu Ginobili are closing on calling time at the Spurs, but if they can keep going for another, and possibly final, year they will certainly be around the top of the conference come the end of the regular season.

It has been six years since the Seattle SuperSonics moved to become the Oklahoma City Thunder and failing to reach the playoffs that first season they have made the post-season in each of the last five seasons. They triumphed in the Western Conference match in the 2011/12 season before suffering a 4-1 loss to the Miami Heat, but managed to finish top of the conference the following season. In Kevin Durant and Russell Westbrook they have two top class players and they will both looking to kick on from last year as they lost three more matches than the Spurs to leave them in second place at the end of the regular season. Can they go one better this season and reclaim the Western Conference title?

The last three seasons have seen year on year improvement from the Clippers as following five seasons of missing out on the post-season between the 2006/07 and 2010/11 seasons as they have finished fifth, fourth and third in each of the last three years. They lost two and five more matches than the Thunder and Spurs ahead of them last season, but with Chris Paul and Blake Griffin posing one of the best offense lineups in the Conference will this be the time that they claim their first ever Conference title?

These top three teams all have the chance to take the Western Conference title this year, but who will triumph? The Spurs are dependent on some aging stars to last a full 82 match season and, as such, I feel that it will be either of the Thunder or Clippers that upset the odds this season. The Clippers are the outsiders of these two teams, but after their vast improvements over recent seasons they offer the best value at finally living up to their potential and taking the title this year.