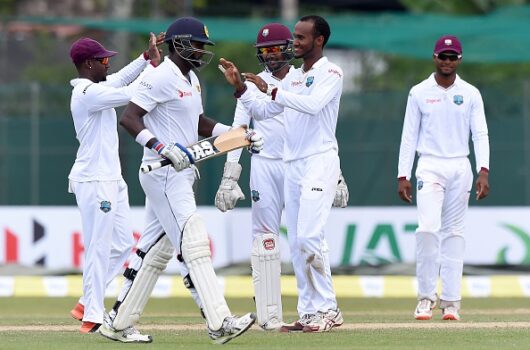 After the 1st test match, both the teams are looking best to defeat each other in the 2nd test match. But, it will not be easy to overcome on the opposition side in a series-deciding game. Moreover, we cannot ignore the performance of prominent players in the game. From the Sri Lankan side, Nissaka and Dickwella played an outstanding inning to bring the Sri Lankan team into command. On the other hand, one of the West Indian new players also made history for new players by creating an excellent hundred in the last innings.

Our purpose is to leave helpful detail before the 2nd test match between the two teams. It would be best if you had to stay here for an accurate description of groups. No doubt, the home side still has the pitch and condition advantage. The 2nd game between the two teams is scheduled to play on 29th April 2021. The West Indies team will enter the ground with a stronger mind than Sri Lanka; they saved the match at a crucial time. However, All the Sri Lankan bowlers were looking tired while bowling. West Indian would like to maintain the record.

Thirimanne posted 69 runs on the board to take the team score to 150 plus the skipper of the Sri Lankan side. On the other hand, Jason Holder of the West Indies team picked five wickets within no time. His bowling played a fundamentally vital role in the match. When the West Indies team started to reach Sri Lankan’s lower total of 1st innings, They were also sent back by the bowlers on 271. Rakheem Cornwell was the significant player with 61 runs. Moreover, John Camble. Desilva and Kyle Mayers assisted well with an average of 40 scores.

Odd & Tips always based on the experience of players and predictors also. You have to see the latest head-to-head results and outcomes domestic and away from home. We had checked that some players did well at home but failed when they went outside of the country. So, these hidden elements played a significant impact on the result of cricket.

It is not an easy task to announce the winner of the game before the result comes. In the last match, the two teams’ efforts were not forgetful because both the final innings of the game created a lot of hopes for the teams. However, the West Indies team has slightly more benefit than Sri Lankans.

If you read all the above information, then it is not a big deal to announce the game’s winner. So, the performance of the skipper could play a vital role. On the other hands, the West Indian bowlers need to perform well if they want to win the series by 1-0. Moreover, it does not mean that the Sri Lanka team did not have any chance to win. They will enter on the ground with 30% chances, whereas the hosts have 70% chances to win.