Posted on November 5, 2022 by Admin in Gambling 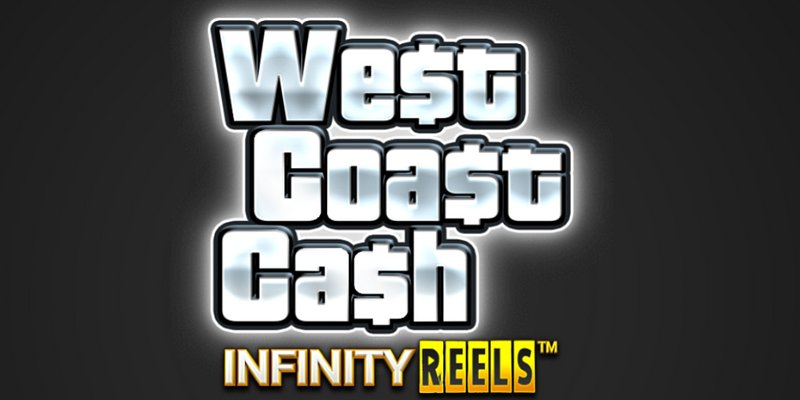 One of the best-paying slots a player should consider is the West Coast Cash Infinity Reels. The slot by ReelPlay developers enables players to make billions after a very short time. It’s a game that allows players back for other rounds. The setting of this slot is on the street on the west coast of the USA, but it ought to be in South Central LA or Compton. This set is somewhere free from tourist haunts, shopping areas, or active communities like Beverly hills.

West Coast Cash Infinity Reels has excellent artwork and soundtrack, which gives players a conducive environment to play. It takes place in a grid with three reels and four rows, and it’s a highly volatile game. It has an RTP of 96.16%, and the bet varies from 20 p/c to 25 euros per spin.

Additionally, whenever a new reel adds the symbol, multipliers will increase by +1. The symbol multiplier multiplies the total value of the symbol win when the spin round ends. This slot also has symbols like the 9-A card royals, the four-character symbols, pimp, enforcer, hustler, and dealer.

Even though it’s challenging to calculate a win, landing a five-of-a-kind combination without a symbol multiplier is worth 0.25 to 0.5 times the bet for the royal. However, this will equal 0.75 to 1.25 times the bet for characters.

There are also wild symbols that can substitute for all the symbols except the cash scatters. The bouncy purple automobile wild symbols happen after getting the helping link wins.

West Coast Cash Infinity Reels have similar features to Money Mariachi Infinity Reels. It means a player who tried out any of the games will not have challenges mastering this one. The features of this game include LevelUp respins, a bonus buy, and an infinity bonus.

Let’s have a look at each of them below;

The best thing about this game is it has no limits to the number of reels that can be added in a round. A player earns an infinity bonus if a game round adds 12 or more reels, and it’s worth 888 times the bet. Note that the symbol multipliers won’t affect the infinity bonus. Additionally, a player can win the infinity bonus in the base game or LevelUp respins.

If you land three or more symbols in the game round, it will earn the LevelUp respins bonus. But when you trigger the cash symbols, they will be held in the reels. It will earn three respins on the grid with cash or special symbols. However, landing the cash symbols in the bonus round will make them be held, and the respins reset to 3. But when the reel fills with four cash or special symbols, it will earn an additional reel to the side of the board.

Whenever a cash symbol levels up, it can transform into any of the special symbols below;

Note that all the values in view at the end of the respins will be given to the player. But symbol multipliers will not be part of this.

The buy bonus for the LevelUp bonus round is worth 100x the bet. Triggering a bonus round with 6-15 reels during a spin can earn an infinity bonus from the game round. The RTP is 97.04% when buying the free spins.

The West Coast Cash Infinity Reels bring something new for slot lovers. Unlike some games, this one takes the experience a notch higher as it’s versatile and dynamic. It’s also entertaining, with great visuals and soundtracks like hip-hop and San Andreas vibes. Unlike other slots like East Coast Vs. West Coast or Top Dawg, the sound infusions are more serious. The slot also makes a good impression with the theme, which comes out to be the attractive factor.

West Coast Cash Infinity Reels has also done well by making changes to the special symbols. The LevelUp respin bonus is also good as it’s one of the lengthy bonus round a player will ever come across when playing any of the online slots. The game has a maximum win of 20,350x the bet, which is lesser than the sibling slot despite having good win potential.

If you’re looking for a fun-filled slot,consider West Coast Cash Infinity Reels. Its attractive features will give you value for your money, and it’s an ideal choice for players ready to take the risk.