We attack the CL

We attack the CL 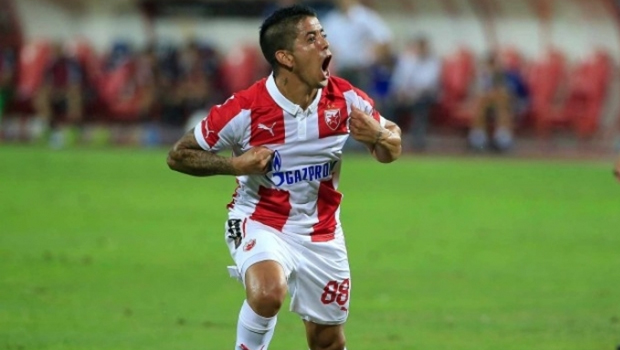 “We attack the CL, but it is good and Europa League”

Red Star player Luis Ibanez said today that there is a great desire to be with the red and white team qualify for the Champions League, but before that had to win the championship in Serbia.

– We think only the first spring round. We know how important the derby match, this is our biggest rival and biggest game we have in the championship, but we go step by step. Now we must not only think of Mladost. As for the year, I hope that we will be champions and we will be able to qualify for the Champions League – said Ibranjez the club’s official website with the preparations in Cyprus.

Argentine left-back played twice Champions League with Dinamo Zagreb and knows it will not be easy to pass three rounds of qualifications.

– The opponents are very difficult and it will be difficult to reach the strongest competition that exists in football. We will do our best, and I will be pleased if we get into the Europa League group – said Ibanez.

Ibanez has commented on the recent reinforcement Brazilian Edson da Silva, who says he has a problem in communication.

– He played only one game so far. Hardly had the language barrier, but we try all to help him. I hope it will be as soon as possible in order to fit and he helped us on the field – he said and added that this year adapted very well because of these problems no.

– The guys are nice to me accepted. I did not expect to be so good that we do such a good atmosphere in the dressing room, especially with the financial situation that we have been struck – said Ibanez

In another match played in Braga, the hosts were saved by Stoilkovic, as the lifeguard from Braga saved the game and scored the winning goal that got Braga 1 step closer to the next round in the Europe league.

Braga is the first participant in the eighth finals of the Europa League. The Portuguese in the second leg at home, played only draw with Switzerland Sion 2: 2 (1: 2), but they are celebrated in the first game at home with 2: 1 and so went to the next round

The Swiss have twice led by goals from Theofanis Gekas, had the lead at half-time of 2: 1, that they guarantee the extension, but in 48 minutes, Nikola Stojiljkovic scored the tying goal, which is the Bragg led to the next round. Beside him scorer for the home team was 27 minutes Josue Making.

Other matches sixteenth finals of the Europa League play on Thursday.