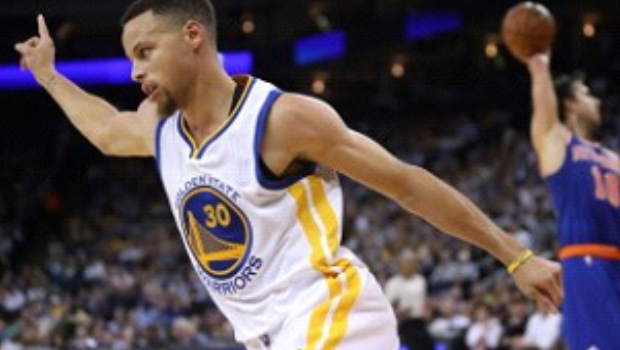 The basketball world held the record for the Warriors. President Obama wasted no time and showed his enthusiasm for achievement. The spark plug of this achievement is called SAtephen Curry, not as charismatic as Michel Jordan who led Chicago to establish the Metra broken today by Golden State.

Washington, April 14 (PL) The Golden State Warriors are celebrating the record of 73 wins in a season of the National Basketball Association (NBA) in the United States.

On Wednesday Stephen Curry scored 46 basis points and the Warriors outscored 125-104 to the Memphis Grizzlies to reach 73 hits against nine defeats and beat the primacy of 72 victories and 10 failures set by the Chicago Bulls in the campaign 1995-1996 with the legendary Michael Jordan.

Curry also became the first player to get at least 400 triple shots in a tournament, and finished with 402. In the last game he scored 10 in 19 attempts. Moreover guard Klay Thompson added 16 points and forward Harrison Barnes (15) combined for Golden State.

warriorsThe US president, Barack Obama, wrote to the team via Twitter. “Congratulations to the Warriors, an excellent group of athletes both on and off the field. If someone had to break the mark of the Chicago Bulls, I’m glad it was them. ”

NBA commissioner Adam Silver, through a statement, also greeting the squad and said that “Warriros maintained their quality throughout the season, he captivates every night his followers around the world.”

After the easy victory of the Houston Rockets 116-81 against the Sacramento Kings in what was the last match of veteran coach George Karl with the Californian team and eliminating the Jazz, all attention was put at Staples Center where Kobe Bryant played his last game with the Lakers after 20 years of professional.

Bryant scored 60 points in the Lakers 101-96 success against the Utah Jazz and closed a farewell that lasted an entire season.

The San Antonio Spurs without four starters, achieved victory in his visit to the Dallas Mavericks 96-91, with Serbian leadership rookie power forward Boban Marjanovic, who managed a double-double of 22 points, his best professional brand, and 12 rebounds to leave the Texan squad second in the Western Conference with a 67-15 mark.

Oklahoma City Thunder, who had already completed 82 games the previous day, finished third, while Los Angeles Clippers, with nothing left, traveled to Phoenix where they lost 105-114 to the home team the Suns, led by Bosnian power forward Mirza Teletović, who scored 22 points.

His rivals in the playoffs, the Trail Blazers with 21 points base Damian Lillard won 107-99 to the Denver Nuggets.

In the Eastern Conference, the Miami Heat won the first place in the Southeast Division despite losing visitors 88-98 to the Boston Celtics, who clinched fifth place.

The fourth position corresponded to the Atlanta Hawks, who also fell by 98 to 109 visitors to the Washington Wizards coach Randy Wittman which led the last game with the team of the capital.

Charlote Hornets won 117-103 to the Orlando Magic and achieved sixth and seventh to leave the Indiana Pacers, who beat 97-92 at home to the Milwaukee Bucks.

Besides the Detroit Pistons, eighth in the standings, 112-110 defeated the Cleveland Cavaliers, the Chicago Bulls 115-105 vencieon the Sixers in Philadelphia and Minnesota Timberwolves 144-109 blowout gave the undermanned Pelicans New Orleans.