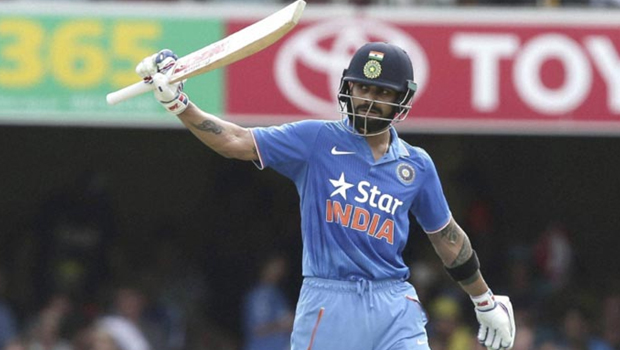 Indian batting mainstay Virat Kohli on Tuesday said the Asia Cup starting in Mirpur on Wednesday is a perfect platform to assess the team’s strengths, weaknesses and its current standing on the global stage ahead of the big-ticket World T20 next month.

India lock horns with Bangladesh in the tournament-opener of the Asia Cup T20 in Mirpur on Wednesday, beginning their final phase of preparations for next month’s World T20 to be held in India.

“Going into the World Cup as I said, the conditions are going to be similar and we will probably be playing all these oppositions at some stage. So, as many teams as we play before the World Cup, it gives us a great opportunity to assess what the teams are like, what the balance is like, what their strengths and weaknesses are, and where do we stand compared to them. You can see it (Asia Cup) as a whole package before the World Cup,” Kohli said at the pre-match press conference in Mirpur.

India begin the tournament on the back of some very impressive outings in the slam-bang format against Australia and Sri Lanka.

“Asia Cup has always been a challenging tournament, it’s like a mini event as far as the sub-continental teams are concerned. It’s an opportunity to test yourself as I said against the best teams in the sub continent. It’s a competitive tournament with different opposition with different set of skills testing you all the time.”

Skipper Mahendra Singh Dhoni’s availability in the opening game of the tournament remains doubtful after he suffered a muscle spams injury during a training session.

ALSO READ: India’s batting a challenge for bowlers in all formats:Mashrafe Mortaza

This has prompted the BCCI to rush Parthiv Patel as a back-up.

Kohli did not clarify on whether Dhoni will sit out of Wednesday’s match.

“With Parthiv coming in, we will have to sit down and see if that situation comes where he has to play. We will then have to sort out a combination, the best possible for the team in terms of the batting order but, as of now, we cannot. Unless we have a decision we cannot sit down and make a concrete plan.”

“Obviously a discussion will take place, it will happen sometime today during the practise session as to what needs to be done if that situation arises. Yeah, obviously, it’s going to be different from what we have been playing with till now. We just have to wait and see how the situation pans out,” Kohli said.

Emboldened by the recent success at home and away in the T20 format, Dhoni had recently said that the team is in auto- pilot mode, and Kohli looked at the remark very positively.

“MS was spot on because I think it comes from the fact that we play a lot of T20 cricket. In IPL, we get so many games to play and execute our skills, so you keep getting better every season.