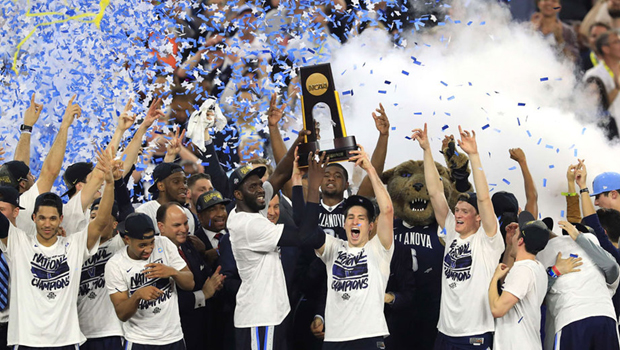 The ‘Wildcats’, which nobody gave as favorites, won the second degree of its history.

Jackpot bet online is a site with all the necessary information related to sports, sports betting and news about the most watched sports in the world. Our website and our facebook page are full with the happenings in the betting as well as sports news combined with transfer rumors – you can find it all on one place. Just visit our site jackpot bet online or the same named facebook page for more stories like this one.

The betting of Villanova has been a story worth telling and it’s something that is viral on the internet these days so our team decided to let you know of the happening.

The craziest comes to an end. And they have been defined the last seconds of the final of the NCAA disputed between the Villanova Wildcats and the Tar Heels of North Carolina and ended up falling on the side of the first after a buzzer beater Kris Jenkins put the 77- 74 final on the scoreboard.

A basket against the pools, in which no one was as favorites to Widcats, and three points for the history that allow Villanova conquer his sophomore wound after they won in 1985 when they also fulfilled the role of Cinderella and were imposed in the final to Georgetown Patrick Ewing in another finale.This time the title went to get in the last moments when Jenkins impossible annulling the basket with Marcus Paige had tied the shock and had ended the comeback of North Carolina, just two minutes before rowed against six points on the board.However, the glory was reserved for Jenkins and about Wildcats in which nobody believed except themselves. “They said we could not, they said we could not,” he repeated again and again the hero of the game as he celebrated the title with his family.

Pinone: “Villanova can win the title”

A title that came from the hand of Jenkins, who finished the match with 14 points and with their names written in golden letters in the pages of the history of college basketball, but also thanks to the good match Ryan Arcidiacono, which closed its season MVP with 16 points, being the top scorer for the Wildcats.While in North Carolina they were seeking the comfort of a Michael Jordan present in the stands at a new ending that was slipping through his fingers. A title that fought until the last second thanks to the good match Marcus Paige (21 points) and Joel Berry (20).However, this time the glory was reserved for Villanova and Kris Jenkins, who has already written his name alongside those of Keith Smart or Christian Laettner to star in one of the best baskets of history.