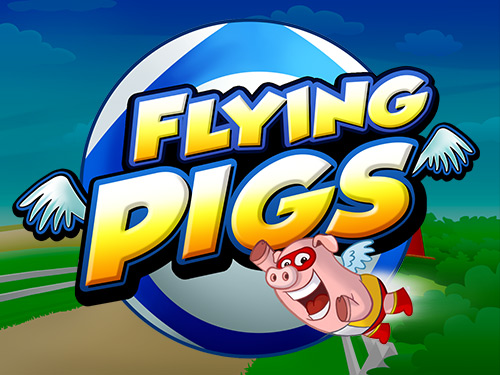 A few weeks ago, we offered you a free version of one of the two variants of video bingo launched by Play’n GO: Bugs Party. This week, his cousin flying’s Pigs joins the offer of free games, as well as the slot machine Vikings go Berzerk, coming from the teams of Yggdrasil Gaming.

The Vikings return to the attack

Relatively recent in the online casino market, Vikings go Berzerk is a Swedish slot game by Yggdrasil Gaming marking the return of Vikings Go Wild warriors. This mill is more advanced than the previous one and gives pride to free spins.

Players have several ways to unlock free spins, finding three or more scatters icons, enrage one of the 4 Viking characters or finding the right treasure in one of two types of chests to discover. Vikings go Berzerk is a worthy sequel to her big sister and is available in free version here. If you want more information about this slot, do not hesitate to consult the magazine that we have already posted.

After Bugs Party, it is Flying Pigs which disembarks in force on Games Casino. Video bingo is a new genre launched by Play’n GO, combining slot machine and bingo. You have up to 4 number grids that you can play simultaneously, knowing that each grid has 15 numbers. As on a slot machine, you have several possible lines of payment, materialized by combinations with rewards more or less interesting.

The jackpot of this kind of games is of course to fill all the numbers of a grid, which is equivalent to a reward of 7,500 times your bet. You can find free Flying Pigs here.