Viking Runecraft Nominated for EGR’s Game of the Year

Viking Runecraft Nominated for EGR’s Game of the Year 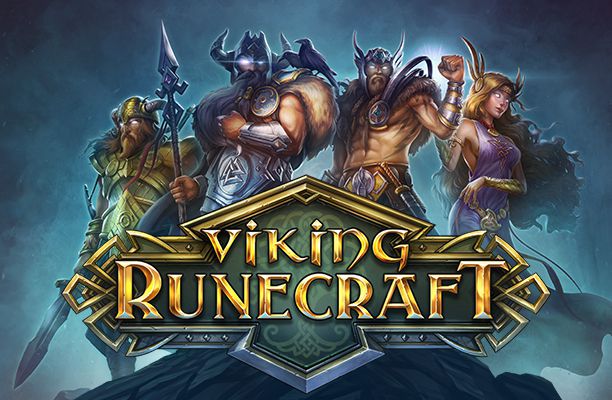 The game category of the year recognizes the software developer who produced the stand-alone game that had the biggest impact during the year.

A rigorous judgment and fierce competition take place between the pre-selected games to claim the prestigious EGR’s Game of the Year award.

Play’n Go fans are thrilled with the announcement by the award-winning developer that their Viking Runecraft video slot has been nominated for this year’s EGR award. The EGR 2017 Awards Ceremony will be held on 26 October at Grosvenor House in London.

Play’n Go’s Viking Runecraft game uses cascading rolls to honor the adventurous northern gods, adored by our northern ancestors for millennia. Many unique bonus features and extended gameplay have made it one of the most successful games to date designed by Play’n Go. The Viking Runecraft slot machine has achieved record sales since its launch and comfortably exceeds the slot machine market average while still gaining inertia. The impressive sound landscape and striking graphics bring life to the market’s leading title, while gamers have access to massive victories as they travel to a mythological world, accompanied by Fenrir, Loki and Thor.

The award-winning Vikings Runecraft slot game is competing for EGR’s Game of the Year award for several other titles, including Age of the Gods from Inspired Entertainment’s Playtech, Centurian Free Spins, and Dream Catcher from Evolution Gaming and Red Riding Hood from NetEnt. Other slot machines nominated for the 2017 Game of the Year award include Jurassic World developed by Microgaming, Queen of Gold by Pragmatic Play, and Sakura Fortune by Quickspin, Realistic Games’ Power Time Money, Wild Play SuperBet ™ created by NextGen Gaming and Wild Tora designed by ELK Studios.

John Tornqvist, CEO of Play’n Go shared the rapture of developers at a press conference saying the Viking Runecraft slot machine has enjoyed tremendous success since its release earlier this year. He was delighted with the appointment to the EGR and thanked the designers and designers of Play’n Go for the production of Viking Runecraft. Play’n Go is not a new nominee for the Oscars awarded in the online casino industry since Grim Muerto was nominated for the EGR 2016 Game of the Year award.

Online gamers who want to enjoy the immersive and enjoyable Play’N Go Viking Runecraft slot can enjoy it on the Wild Sultan casino, which offers all the most popular titles of several software developers.