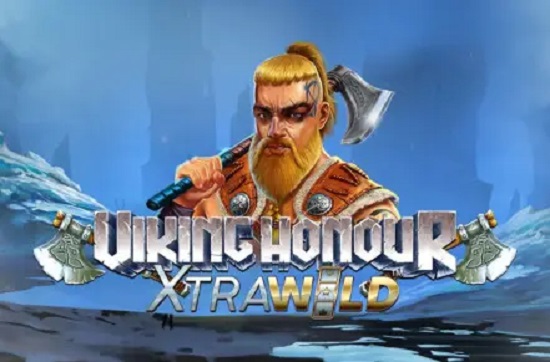 One of their planned releases is Swintt’s Viking Honour XtraWild. It’s a slot machine with the XtraWild function, and it’s obviously Viking-themed. It promises to be an entertaining game for a large number of players, with appealing features and a plot that everyone will love. The Vikings have long been a source of wonderful narrative for game makers, and here is yet another example.

Viking Honour XtraWild features 5×3 reels that are ready to spin each round and provide the player with 30 active lines. I enjoy what the slot can do, especially since we can win up to 6,261x our bet, have a hit rate of over 60%, and an RTP of 96.02 percent. Aside from that, you’ll notice the Wild Selector as one of the game’s features, as well as the scatters and free spins that can be triggered by them.

Viking Honour XtraWild’s biggest prize is 6,261x the bet, a jackpot that will appeal to any player, new or old. It’ll be enjoyable to play, too, because roughly 60% of the spins are predicted to be winners on average (Wild Selector mechanic helps a lot).

Viking Honour XtraWild’s RTP should be set to 96.02 percent, yet certain operators may choose to go lower, thus it’s something to keep in mind when you start playing.

The wild symbol is a prominent feature in this game. It serves as a stand-in and also produces its own combinations. It has the potential to pay out up to 250 coins each combination (regulars pay up to 150 coins).

The Wild Selector is a key mechanic in this scenario. The game selects one of the five premium symbols for each spin. In all positions where that symbol type was present that round, it will be substituted with wilds. It aids that spin, as well as moving to the neighboring reel’s right side. It continues to go to the right until it exits the game area, similar to a Walking Wild.

Viking Warrior scatters can be used to activate the free spins feature. To get 8 to 25 free spins, you’ll need between 3 and 5.

The Wild Selector gets much more potent at this point, as it employs the wild from the triggering spin. It expands to cover the entire reel, and it remains a wandering wild that will continue to assist for as long as possible before dropping off the reels.

It’ll have the standard Viking-themed design, which is a popular choice for many slot machines. However, it continues to be popular, and Viking Honour XtraWild appears to be well-designed. There are five jewels among its symbols, four of which are in the shape of card suits. Drinking horns, beer mugs, an ax, shields, helmets, Viking Warrior scatters, and a Wild logo are among the premium symbols.

Overall, it appears to be a pretty decent alternative for the majority of gamers. It’s easy to suggest it because it has a high hit rate, respectable top payouts, a decent RTP, and a few useful features.