Victoria has another thing coming

Victoria has another thing coming 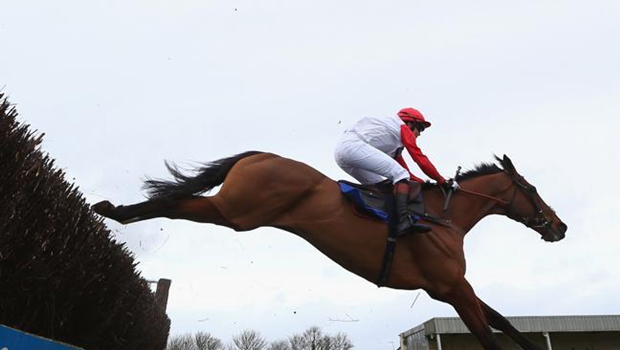 In Britain it is known as ‘Queen Victoria’ because he dominated like no other woman in track cycling. He developed an early talent as a child of a cyclist who was an absolute Tyranny and exercised discipline in individual sprint, stringing six world titles from 2005 to 2012. He also has two Olympic gold medals in sprint Pekín’2008 and keirin in London ‘ 2012 , a handful of medals over all colors and has beaten a few world records along the way.

Accustomed to the speed but too old for cycling, he decided he wanted to try horse racing, by changing a two – wheeled vehicle by a four – legged animal. After much thought and tested for a few workouts, he felt ready to face the new challenge. In March 2015 the ‘Queen Victoria’ publicly announced its intention to compete in the Chase Foxhunter of Cheltenham (Gloucestershire, England) , which would take place a year later, in March 2016. That is, next week, on Friday 18 .

The Foxhunter Chase is a centennial race , his first edition was held in 1904 and is considered a sort of amateur World. It is reserved for non – professional riders and horses five years or more. It is amateur does not make it a comfortable challenge: it is a demanding journey of 5.3 km. in length to be overcome 22 obstacles. It is the grand finale of the Cheltenham Festival, a series of races (27 this year) taking place from Tuesday to Friday and usually coincide with the day of Saint Patrick , Irish concitando to many visitors. The Foxhunter Chase distributes 40,000 pounds in prizes, the second highest paid British race after the famous Grand National . And, as with the test Aintree , it is a real death trap for both the jockeys and especially for their mounts; in 2006 11 horses died, sparking protests from animal lovers.

Little experience and a win

Pendleton mounted to Pacha Du Polder , a horse 9 who has six wins in 19 races and already provided the former rider his first win as a rider, last March 2 in Wincanton . “Riding is not a walk in the park, it is a very physically demanding sport , ” emphasizes Victoria, whose short career as a jockey began in August 2015, finishing second in a race for debutantes.

A rider with less than one year of experience will dare to run at Cheltenham is something quite unusual, and many voices have been raised to warn of the risk incurred. The most severe was the former champion John Francome , Pendleton has defined as “an accident waiting to happen on a race track.” The own coach Pacha Du Polder, Paul Nichols , has admitted hesitated long before allowing the ‘Queen Victoria’ to take part in the Foxhunter, “but after seeing how much he has improved in recent weeks I think he’s ready for the challenge”.

The protagonist does not set any goal beyond the finish line. “In these conditions, to finish the race for me would be the value of a gold medal. I understand the criticism, but I have not taken the decision to participate lightly. I know there will be much excitement around me, but I have already demonstrated in cycling that I am able to keep a cool head and make the best of me at times of peak pressure. If I compete in Cheltenham is because I feel capable and prepared, “says Pendleton. The answer, next Friday.