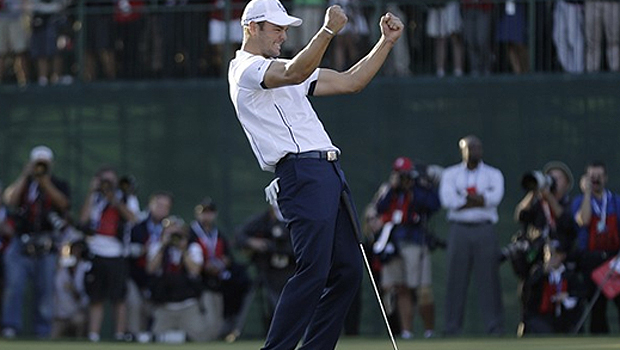 The 40th Ryder Cup tournament plays on the PGA Centenary Course at the Gleneagles Hotel in Perthshire, Scotland with Europe looking to secure a third title in a row. The last two Ryder Cup tournaments in 2010 and 2012 have both been closely fought contests as the Europeans won 14.5 – 13.5 at Celtic Manor in Wales and Medinah Country Club in Illinois, but can will they be able to claim a third crown in succession this year?

The bookmakers have the Europeans down as the favourites to take the title and the 2014 Ryder Cup Betting Odds are as follows, with the best prices and sportsbooks shown.

Despite being the outsiders in Scotland this year the Americans have had the better of the results in the Ryder Cup since its inception in 1927 as they have won 25 of the 39 contests played out every second year as far as 2012. They faced Great Britain alone between 1927 and 1971 winning 15 of the 19 clashes, with the Britons winning three and there being a single draw, before Irish players joined the fray for just three tournaments. However, this did not help as the Americans won all of these three competitions and then the 1979 tournament saw the biggest shake up since the first Ryder Cup tournament was organised.

That tournament 35 years ago saw players from all over Europe join the British and Irish players and after three straight wins for USA the Europeans showed what they are capable of. They have won nine of the last 14 Ryder Cup tournaments and they are once again the big favourites this year. Will they make it ten wins from 15 competitions? The odds certainly suggest that they can repeat the feat of two years ago that saw them come from 10-6 down on the final day and collect 8.5 points to snatch victory from the jaws of defeat.

This year the Europeans have four of the top ten players in the world amongst their ranks, including world numbers one and three in Rory McIlroy and Sergio Garcia, while the Americans have one fewer player from the elite on their playing list. The visitors to Scotland have the more experienced players as Phil Mickelson and Jim Furyk have nine and eight previous Ryder Cups under their belts while only the out of form Lee Westwood can match either of these two players in the experience rankings.

Personally, despite the fact that USA have not won on European soil since they claimed a 15-13 triumph at The Belfry in 1993, they visitors offer the better value in what promises to be another closely fought Ryder Cup. As such, I am backing the Americans to reclaim the Ryder Cup as a value bet only this year.