Unibet-Kindred Group – as successful as never!

Unibet-Kindred Group – as successful as never! 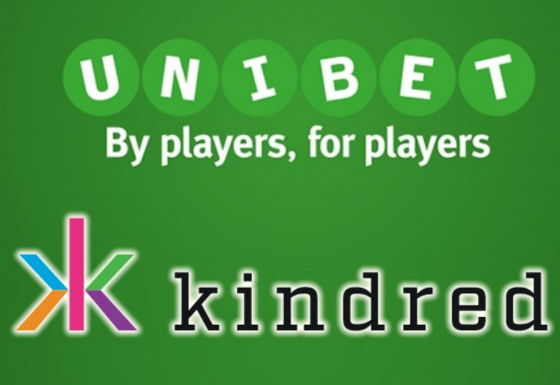 The operator of one of the most reputable online casinos in Germany, the Unibet Casino, has now published the business figures for the past year 2016 and not only conjured up a happy smile in the face of one’s own investor but also signaled to the competition that with the Kindred Group, Despite a new name, will continue to be expected. Especially the last quarter was particularly outstanding. Gross winnings, players’ winnings minus the winnings, rose from 114.4 million to now 152.8 million pounds in the last three months of last year compared to the 2015 settlement period. In the wake of the increase in sales, EBITDA and profit after tax also declined sharply. While EBITDA rose sharply from 27.1 million to now 39.3 million pounds, there was also a strong boost in earnings, which now amounts to 29.4 million instead of 19.4 million pounds Quarter of the year 2015. However, not only the last three months were excellent for the Kindred Group, as the fourth quarter only set the crown worth the long-term trend of the Group. Over the entire 12 months, the company was able to raise gross profit from the business segments sports betting, online casino and poker to 544.1 million pounds. The year before stood 354.1 million pounds in the books. Just as in the fourth quarter, the significant increase in sales also had a positive impact on EBITDA, and so it was also uphill from 80.4 million in 2015 to now 123.7 million pounds. There was also only a positive report on profit after tax. Here the Group’s profit climbed from 55.7 million to now 83.9 million pounds.

Investors are also welcome to see the very strong numbers of the Unibet casino operator, as the mandatory dividend has also been increased, so instead of the 0.235 pounds last year, there is now £ 0.31 per share. This year, the Kindred Group is distributing approximately £ 20 million more to shareholders than at the end of the year, at 71.4 million pounds.

Online casinos and mobile casinos are the driving horses

For many years, the business of sports betting has been a major driver of growth for the Kindred Group and its flagship Unibet, as the name suggests, and the company was founded in 1997. However, just as the entire sector of the virtual gaming halls, mobile casinos and live casinos, achieved massive growth rates over the past year, the priority of the individual business segments at Kindred Group is shifting further and further from sports betting to slot machines and roulette. Of the roughly 152.8 million pounds of gross cash games in the fourth quarter of 2016, 74.9 million pounds were spent on their own online casinos like Unibet and 68.5 million pounds on sports betting. In terms of growth, as against the last 3 months of 2015, the Internet casinos were ahead of the game with 48 to 46 percent against betting on sports events. The mobile sector also played a strong role in the entire group. In the fourth quarter of the year, the gross gross profit generated from betting and online casinos played over smartphones and tablets by a tremendous 74 percent, but now even 71 percent of all operations at the Kindred Group And Unibet via mobile devices from the customers. In addition to all the dry business figures, the Group was also able to report a success report at the front of the customer acquisition. At the end of 2015 there were a total of about 900,000 active gamers who played their games in the various online casinos and sports betting portals such as Unibet and were busy playing their rounds at the game machines, so decided more than at the end of last year 1.15 million Gambler for the products of the Kindred Group.

Not only in the field of sports betting and the overwhelming range of slot machines can the serious online casino Unibet convince?Another field in which the offered has a great offer is the fans of the bingo, because the online casino can also score points and just a few days ago the “Online Bingo Operator of the Year 2017” at the International Gaming Awards.This is already the second major award in the last few months since Unibet last year already received the “Online Operator of the Year 2016” award at the EGR Awards.

With Kindred Futures fit for the future

As is well known, every success and every positive development has a hook, or the end may inevitably come to an end. This principle is also known to the management days of the Kindred Group and so the gambling company is now investing in its own future with its new program Kindred Future, in order to be able to swim as long as possible on its own success wave. In a recently published Linked in Post, Graham Carrick went into the question of how many start-up companies can actually get involved in the gambling industry and what are the main reasons for failure. Graham noted that of 150 small startups within a short period of time around 56 per cent will be consolidated again and even only 36 per cent will be active in the entire market after four years. For the failure he found two important points. On the one hand, the difficult financing and the partly oligopolistic structure of the big gambling companies make it very difficult for young companies to take on the sector. This is where the new Kindred Future project starts with the financial and technical resources of the Group providing selected start-ups and entering into exclusive partnerships with them. The range extends from new products for sports betting and online casinos, through cyber security to simplified solutions for verifying the identity of a player.