Posted on February 12, 2015 by Admin in Gambling, Unbelievable happening in slot machine world 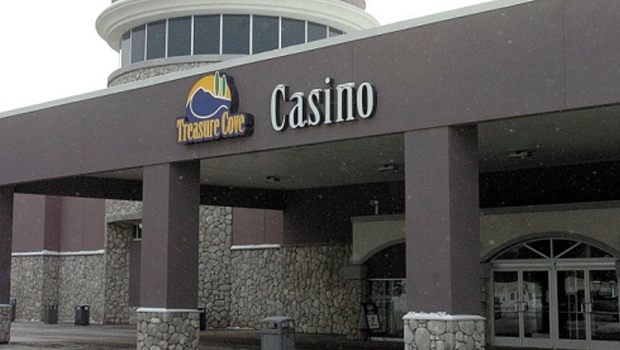 In the first period of the 2014 there were several malfunctioning slot machines around the US that made the people who took advantage of them rich. We are talking about slot machines that their jackpot limit was set even ten times more than it should have been, and it paid off more than 150 000 dollars before the problem was fixed.

Treasure Cove Casino stood up for its name as the wallets of the people were full of treasures from February the 2nd all until 23rd of July when the problem was fixed. Those were some good days for the local players who received up to $5000 for the jackpot win when in all the other casinos it’s $250. The slot machines in Treasure cove Casino should have had the same number of jackpot prize, but the machines that they had were not working properly and the people who came in regularly never said a word – understandable, because every won spit would be x10 smaller. The overpaying machine was a satisfaction and a sensation that attracted more people than usually enter the casino, and they go directly on that machine. The owners had no idea what was happening, and why were almost all of the people in the room waiting in queue on that machine. Apart from the usual black jack and poker players, the other slot machines seemed to be empty for some reason. The owners thought maybe it was because of the difference that the slot machines have in the gameplay or in the animations that they have, because the money that the slot machines were supposed to handle out as a wining prize are the same on every machine in Treasure Cove Casino.

After few months of doubts the workers in the Treasure Cove Casino sat on the machine to see what attracts the customers this much attention and why is it more visited than all the other slot machines in the casino. When the jackpot hit, there were $5000 as a winning price, when the screen said $250. Shocked by this, after almost five months of not noticing they quickly fixed the machine and count the loss, which is estimated to be somewhere from $140,000 to $150,000.

Quickly word was spread across Casinos in the state and eventually two more machines in Nanimo had the same problem, with the similar overpay at the same amount of time.

22 slot machines had problems with the cash numbers in the past four years, even machines originally owned by Vancouver Sun, which should never have an issue. This is a warning to the casino owners around the state and the world to check their slot machines on regular basis before the loss is too big to be covered.

Jackpot bet online is a site where you can find the information and the news you need for sports and gambling. Check our gambling app, bet and be one of the lucky winners of the jackpot.