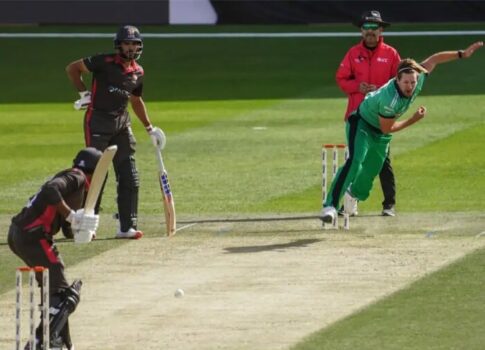 We are surprised to see the result of the last match. When the home side blasted the opposition decently, all the predictions went wrong at the end of the game. The Ireland side posted 269 runs on the board but failed to defend at the end of the day. Paul Stirling played an outstanding knock versus the UAE. On the other hand, Rizwan and Uman replied well to chase the target. All the tips and odds are always based on the previous performances of the players.

Now, the time is entirely different from the 1st ODI. The hosts would like to bounce back in the coming game with distinct sides. Kevin Obrien has to do some runs from the front to make sure of his presence. On the other hand, they must change the strategy of bowling also. I have gathered all the previous data to manipulate the reliable detail for the future result.

We have seen that both sides have met each other many times, but Ireland showed better results at the end of the games. On the other, we cannot forget the United Arab Emirates’ performance in the last one-day match versus the same team. The three-match series entered into a necessary time. We know that the 2nd match can decide the winner of the series.

If we look into the United Arab Emirates side, its batting is the real backbone for them. Muhammad Usman and Rizwan can lift the match from the opposite side at any time.

On the other hand, the Ireland team always focused on Kevin’s blaster, who is ready to open the innings with the Sterling. These are two players that can rattle the hopes of opposition at any time. Andy Balbrine will also have the nerves to assist them.

According to my expectation, after knowing the latest news and profile of players, the match’s first session will create the final result of the game. The team who will bat first could be in the problem. On the other hand, the 2nd innings batting side would be the winner of the day.

The game’s odds rated the United Arab Emirates to 3 points, whereas Ireland has consisted of only 1.44 winning percentage. No doubt, the different spots have their expectation about the match. Do not forget to see the latest prominent performances of the Ireland side versus the Pakistan and England in 2007 and 2011.

It is straightforward, the team that will win the toss that has to bat in the 2nd innings. The chasing in the United Arab Emirates is helpful to chase the most significant totals many times. Ireland’s side is still looking better even after failing in the last match.

It is not essential that if we saw a miracle in the first match, then face another same result. No doubt, Rizwan and Usman played a significant inning in the last game, but they do not have much consistency like the Ireland side. The Irish side has consisted of many start players in the team in both the department of the match. Paul Sterling and Kevin are still hunger to post more runs on the scoreboard as in the past games. Ireland must have to level the series by 1-1