Posted on January 15, 2015 by Admin in Cricket, Turn Around Phase 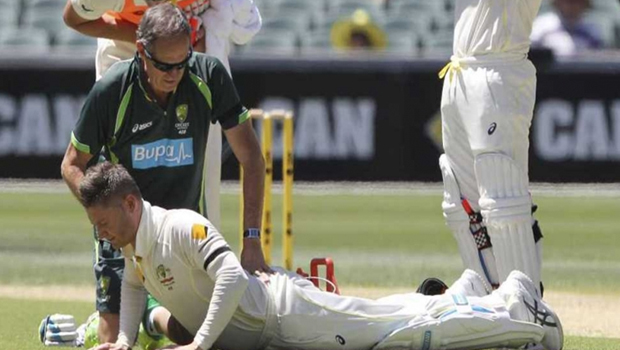 Turn Around Phase For Cricket In Upcoming World Cup 2015

The new phase in cricket is about to start. Team selections for world cup are up to date and each player in the team has different opinions and expressions.

Cricket is back again with its sportive news about test series against Australia. The ups and downs in the life and health of players have kept the news alive. After Dhoni’s sudden decision about retirement from test match, cricket world has wobbled the fans. Finger crossed fans received news with reference to acceptance of captain’s decision to retire from the team. Disappointed fans were waiting for happening news in cricket.

News from BCCI again kept the spirit of fans up. It is about team selection for upcoming cricket world cup. The curiosity of spectators is on with the ongoing test series. Michael Clarke is facing fitness issue for participating in the team and worried to miss as the deadline for recovery is approaching. Gayle has expressed unhappiness with the pattern of world cup team selection. Where some players are absorbed by the mob, some are still under training. Players like Mohammed Amir, a Pakistani cricketer are under the assessment of senior most players. Masked player, Anil Kumble who was not in scene since months is now entered the picture to support Indian bowlers. The bubbling cricket star, Virat Kohli enjoyed being a celebrity with his rare fan, Roger Federer. The current Indian captain clicked a photo with the fan uttering the golden words to express excitement.

Picture showing the treatment given to Michael Clarke

Though the treatment for sever back pain is in progress the player has kept the challenges alive and has decided to keep the spirit of players. This is one of the good qualities of the player and true responsibility as a captain.

Michael Clarke with his team

ICC world cup 2015 is completely scheduled. A month left for the biggest event and ICC is zooming on its preparation. The whole world is supporting the event, after all fans wait for it to come alive. The participating countries have decided squads. Each country is thriving to create a history and fine practices are scheduled for squads. As per the finalized schedule the event is going to take off on February 14th 2015, Saturday with the opening match between Sri Lanka and New Zealand. Same day the match is scheduled between England and Australia. The last match is going to be on 29th March 2015, Sunday between TBD and TBD. The tickets are available on icc-cricket.com the official website.

The cricket world cup format being one day international has created lots of hopes on spectators. The host being Australia and New Zealand, the hopes are skyrocketed. The total participants for the event are fourteen countries and matches played are forty nine. This eleventh ICC cricket world cup is expected to shower astounding news for all cricket lovers. Addressed as a media event the organizers have sold the broadcasting rights to Star Cricket and ESPN Star Sports. Other channels can too broadcast the live matches with the courtesy of official broadcasters.