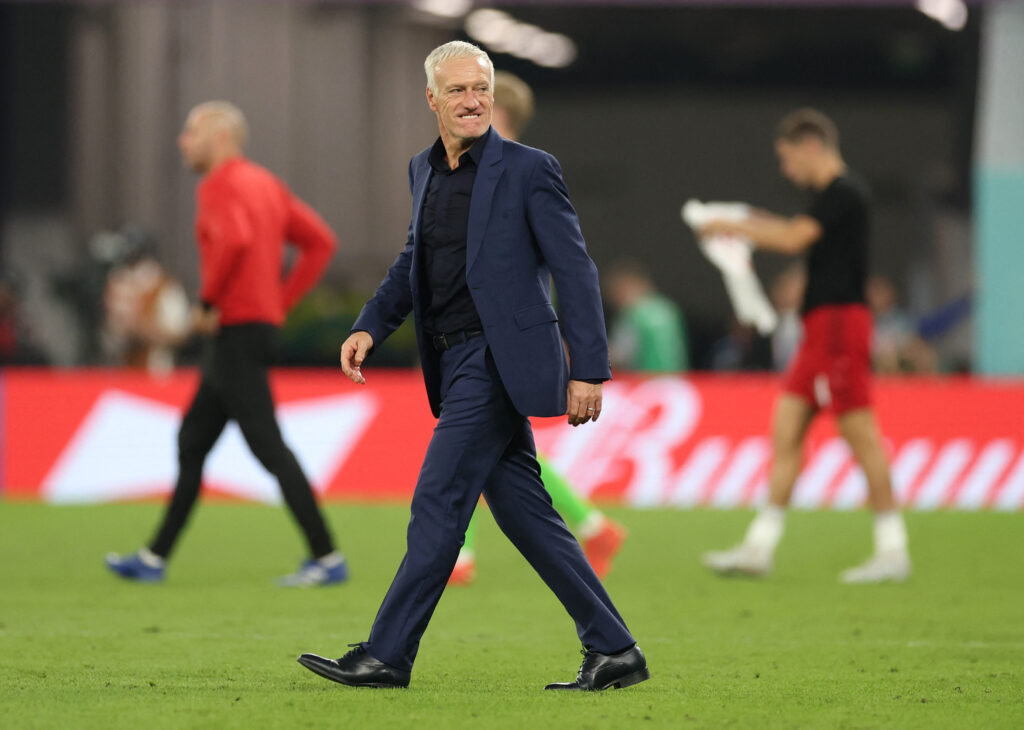 France travels to the Education City Stadium on Wednesday for their final World Cup 2022 Group D match against Tunisia after already securing a spot in the round of 16.

The African nation is currently last in the standings and needs to defeat the current champions in order to have any hope of moving on to the knockout rounds.

Tunisia vs France Tips and Prediction

After falling short in a 1-0 loss to Australia on Saturday, which saw the Socceroos surpass their fellow Group D rivals in the standings, Tunisia are on the verge of an early exit from the 2022 edition while still waiting for their first goal of the competition.

Australia just needed Mitchell Duke’s deft header with 23 minutes remaining to secure their place in the top two, leaving Tunisia, who battled bravely in a goalless draw with Denmark on matchday one, in fourth place with one match remaining.

Australia will advance to the last 16 with a win over Denmark on Wednesday, even if Jalel Kadri’s team shocks the world champions and earns all three points. However, anything less than a victory for the Socceroos will leave Tunisia with an opening to capitalize.

In keeping with the theme of defensive tenacity leading up to the World Cup, Tunisia has only allowed one goal in 180 minutes of play, but they are one of just two teams still without a goal at the right end after two games, the other being Mexico. Tunisia has posted seven clean sheets from eight games before Qatar.

The fact that the Eagles of Carthage have never had a team go the entire World Cup without scoring should give them some hope, and with qualifying already secured, France may decide to ease off a bit.

The fact that the current champions were the first team to seal their spot in the round of 16 for the 2022 World Cup was only fitting, given France has continued to triumph despite several injury issues and performance troubles leading up to the tournament.

In the match against Denmark on Saturday at Stadium 974, Kylian Mbappe scored twice on either side of Andreas Christensen’s header to give France the victory necessary to secure a top-two finish.

Didier Deschamps’ team only needs a point to advance as group winners and possibly get a better last-16 matchup, but even if they lose shockingly, Australia still needs a seven-goal swing in their favor to overtake the champions for first place.

With six straight victory at the World Cup, France might tie Italy’s second-best mark of seven straight triumphs on the biggest platform, but they are still a ways off from matching the all-time mark of 11, which Brazil set between 2002 and 2006.

This week will mark the first time France and Tunisia have faced off since a friendly match in 2010 that ended in a 1-1 draw. In the previous four meetings between the two countries, Les Bleus have alternated between winning and drawing, which is encouraging news for Deschamps’s team going into this largely meaningless match.

Tunisia may think they have a good chance against a France reserve team, but the African nation’s goal-scoring problems aren’t going away any time soon, and France’s reserves are still a formidable opponent.

We wouldn’t be shocked to see yet another scoreless draw, but France’s potent attack has the potential to score and keep Tunisia’s hopes of finishing in the top two alive.