Posted on October 15, 2014 by Admin in Gambling, Top Casino Games To Play 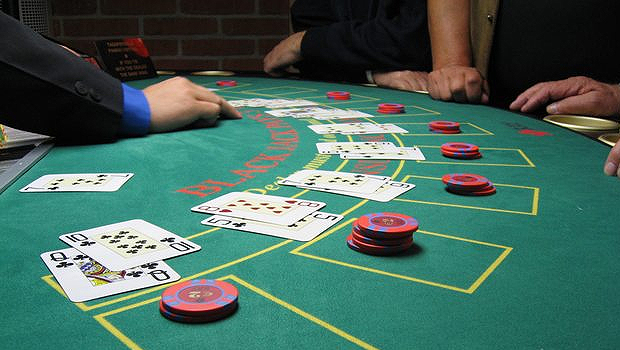 Once solely occupied by the rich and famous in places such as Monte Carlo, casinos quickly spread around the globe allowing people to gamble their money on a multitude of games and with the invention of the internet the number of places for people to wager has expanded ever further. With this has come the opportunity to win big amounts of money and I’m taking a look at some of the biggest and most favoured casino games to play online.

Also known in places as the game twenty-one, Blackjack is the world’s most widely played casino banking game on the planet. You are dealt two cards face up by the dealer and the aim is to get exactly 21 or as close as you can get to that number to beat the dealer’s cards and win. The dealer deals himself two cards, one face up and one face down, and he will stop, or stand, after hitting 17 so there is a level of skill involved in the game regarding your betting and requesting cards to get as close as you can to 21. Receiving an ace and a ten, jack, queen or king is called getting blackjack and wins you the hand automatically, while you can also win by having the dealer total his cards at more than 21 and going bust.

Blackjack is a easy game to learn but can be difficult to master, yet it is one of the most entertaining and, if done correctly, profitable casino games around.

The aim of the game in roulette is to be lucky as you choose your bet – pick a number or numbers, red or black, and odd or even on the board – and release a ball into the wheel. If it lands on your pick of number, or even/odd or red/black number, then you’re a winner. Simple to play and while it lacks the skill of blackjack it is a game loved the whole world over with many people having systems they believe will make them big money, such as the Martingale system or betting on favourite numbers. Personally I avoid this route at all costs as if there was any legitimacy to the systems everyone would be using them and making vast fortunes at the expense of the casino industry.

Whether they be the one arm bandit type machines that see covering the floors of the Las Vegas casinos or the online versions of the game there is something exciting and relaxing about allowing putting in your money and allowing the game to decide your fate. Personally I prefer online slot games as they allow for bigger and progressive jackpots, such as the one that saw a UK resident turn a 30p spin into almost £6m when playing The Dark Knight slot game