Top American at the Ryder Cup

Top American at the Ryder Cup

Posted on October 10, 2014 by Admin in Golf, Top American at the Ryder Cup 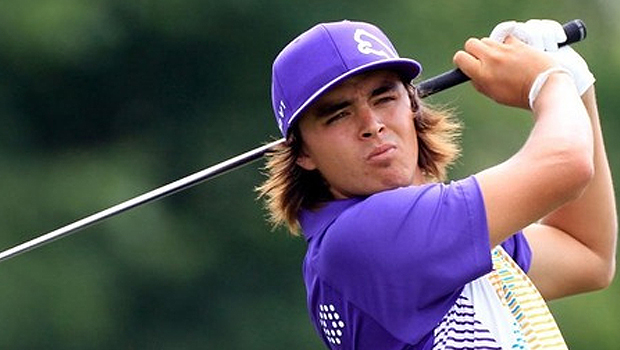 There are 12 players competing for the USA side at the 40th Ryder Cup tournament plays on the PGA Centenary Course at the Gleneagles Hotel in Perthshire, Scotland this year as the visitors to Europe look to claim their first win on European soil since 1993 and end a two tournament winning run for the hosts. There are some of the world’s top players in action, but who’ll be the Top American at Gleneagles?

The Top American betting market for the 2014 Ryder Cup is tightly bunched, but it is world number ten Rickie Fowler in his second Ryder Cup tournament who is favoured by the sportsbooks to finish top of the pile. His record at the previous Ryder Cup was not that impressive as his three matches saw two draws and a loss, but after finishing in the top five of all four majors this year there is plenty of expectation on the shoulders of the 25 year old California native.

44 year old Mickelson is the elder statesman of Team USA at the 2014 Ryder Cup in Scotland having competed at nine previous tournaments. This year’s tenth appearance breaks his own record of the most appearances for either Europe or USA. He has played 38 matches in previous iterations of the tournament and he has a record of 14 wins, six drawn games and 18 defeats. His top finish of the year came at the PGA Championship at the start of August when he finished second and his vast experience will a massive boost for Team USA but will it see him finish ahead of his team mates?

Second only to Mickelson on Team USA and third behind Lee Westwood for Team Europe, Furyk is the joint third favourite with Matt Kuchar to perform the best of all the Americans at Gleneagles this year. He has played eight previous Ryder Cups and has nine match wins from 30 games since making his debut in 1997. He has drawn four and lost 17 of the other 21 clashes played, but with him bringing fourth and fifth place finishes at The Open Championship and the PGA Championship into the Ryder Cup he will be confident of helping Team USA reclaiming the Ryder Cup title.

These three players are the top favourites in the Top American Betting Odds, but with Matt Kuchar, Keegan Bradley, Bubba Watson, Jordan Spieth, Hunter Mahan and Webb Simpson all available at odds of 13.00 or shorter the field is closely packed. Any of these players could realistically finish as the Top American, but I agree with the bookmakers that Rickie Fowler’s year long consistency in the biggest events will see him lead charge for USA at the Gleneagles Hotel.