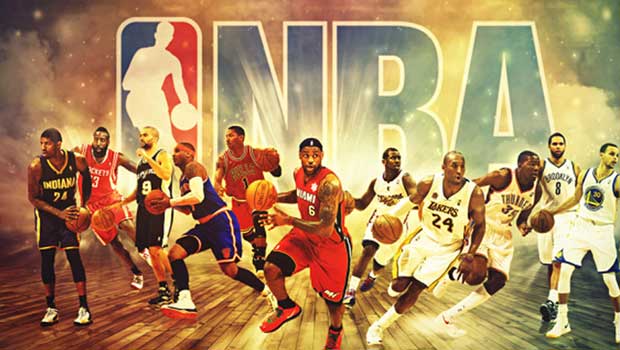 Every season in NBA there are frequent entertaining headlines. The release of the 2015/16 NBA season schedule brings exciting major dates in the NBA calendar. Here are the ten most entertaining days of the calendar.

Cousin and Coach Karl were involved in a controversy where the latter wanted the transfer of Cousin who showed displeasure on the issue. However, the two will work again together this season for the Sacramento Kings as they open their account against the Los Angeles Clippers.

9. KristapsPorzingis debuts at the Garden, Oct. 29:

Porzingis was exposed to boos by New York Knicks fans after he was chosen among the best pickers of the year. Nonetheless, over the summer, he has shown great improvement and the question stands as to whether the same fans would praise or boo him during their curtain raiser against Atlanta Hawks.

8. LaMarcus Aldridge and the Spurs face the Warriors, Jan. 25:

With the inclusion of Aldridge and David West, the defending NBA champions Warriors are on the brink of clinching the western conference spot and would be on watch especially to their counterparts the Golden State Warriors who are a thorn in the wound for them.

Being among the best players in the NBA series, Aldridge will be making his official comeback to a place he left two years ago. This time however, he faces his former club the Portland Trail Blazers.

5. Clippers take on the Warriors, Nov. 4

The Pacific Division rivalry comes again this November when Clippers who have acquired the services of Paul Pierce and Lance Stephenson locks horns with the Warriors. The defending NBA Champions Warriors will have to maintain their esteem when the two sides meet.

A broken foot injury suffered by Durant in February kept him at bay and just took to the court 27 times only. The 2013/14 NBA MVP will be on the brink of redeeming himself to his pole position when his team the Thunders open their season account at home turf against the Spurs.

3. LeBron James and the Cavs meet the champion Warriors, Dec. 25

James and his team once again meet the defending Champions the Warriors on the Christmas day. Cavs guard Kyrie Irving who is nursing an injury claimed that his absence and that of Kevin Love gave way for an easy win for the Warriors, however, Warrior forward Draymond Green claims otherwise.

Bryant was last involved in action on 21st January after which he was hit by a shoulder injury that kept him out. He has currently played only 41 games in his last two seasons and this time he would be deployed as a small forward for his team the Los Angeles Lakers and may make a comeback when they host Minnesota Timberwolves on their opening game.

Jordan had put pen on paper on a four year deal with the Dallas Clippers which would earn him $80 million only to have a second thought and stay at Clippers. The two sides would face each other on Oct.29 and it will provide a dreadful atmosphere for Jordan on his revisit to Dallas.