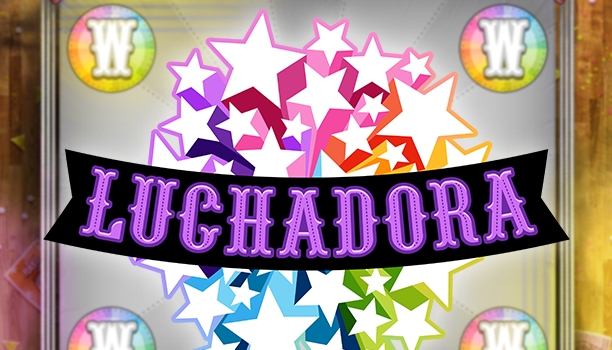 Thunderkick finally launched the highly anticipated Luchadora slot machine. This casino software provider, although it only made its entry into the industry in 2012, has already put on the market quite remarkable productions, and has thus proved that it deserves its place within the ‘elite. The design team of this company is quite experienced, and this is clearly evident through the many games launched that, like the Luchadora slot machine, incorporate successful graphics and animations, as well as exceptional features that will allow players to have Sessions that are both thrilling and lucrative.

Luchadora Slot Machine: Get into the ring and beat your opponents

The Luchadora slot machine that also reminds Nacho Libre, another title that has conquered the hearts of millions of casino game enthusiasts, leads you straight into Latin America to show you the Mexican wrestling. It is a very popular sporting activity in this country whose name is lucha libre (literally “free wrestling” in Spanish). This discipline that pits two or more fighters still called “luchadors” has rules that are practically similar to those of American wrestling, and it is to this kind of experience that you will get right on this new online betting game at 5 Rolls and 30 pay lines designed by Thunderkick. The present slot machine is equipped with an attractive interface on which you will find several icons perfectly adapted including 4 different wrestlers. You will also see symbols of pepper, pepper, etc., certainly to highlight the culinary preferences of Mexicans.

Features of the Luchadora Slot Machine

Given that the majority of slot enthusiasts prefer to enjoy titles that incorporate some special symbols, Thunderkick has not skimped on ways to allow players to make as much profit as possible their sessions. Indeed, on this production you will be entitled not to one, but to four different icons that serve as a wildcard. Each of them is therefore able to substitute the other symbols to help you to form winning combinations and win easily. These jokers are represented by the 4 wrestlers namely El Toro, El Rayo, El Serpiente and El Pantera. In addition, bettors will be able to trigger several bonus games that will allow them to win up to 15 free spins as well as multipliers that can boost their winnings considerably, which is rather wonderful.

Despite its relative novelty, Thunderkick has already succeeded in winning the trust of several leading sites on the market. However, if you want to enjoy your new title properly, we recommend that you sign up for Cheri Casino. This Thunderkick-powered facility uses advanced security protocols to protect the personal and financial information of its members. It also grants superb incentives including a welcome bonus of 100% up to 100 € which you can claim after registration to play the new Luchadora slot machine.