Throwback to the most famous

Throwback to the most famous 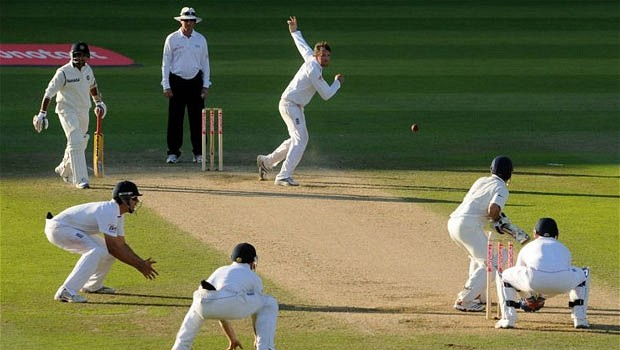 Throwback to the most famous cricket tournament in the World

Scotland, in their sixth global limited-overs tournament, are still awaiting their first win after giving Afghanistan a run for their money in a hugely entertaining contest as the World Twenty20 began yesterday with results going to form.

Hong Kong were defeated only after a late flourish in Zimbabwe’s innings. It means the preliminary Group B may come down to the game between Afghanistan and Zimbabwe on Saturday, with the winner likely to progress to the main draw next week.

It looked as though Scotland had a chance of cutting an important slice of history for themselves when their opening pair of Kyle Coetzer and George Munsey started the pursuit of their opponents’ 170 for 5, positively romping to 84 after four balls of the ninth over. But when Koetzer then pulled a short ball down the throat of deep square leg, the doubts crept in against Afghanistan’s spinners.

Munsey was lbw in the next over and Scotland were never truly in the hunt thereafter, though Matt Machan kept his foot on the gas.

The Scots knew how tall their order was after Afghanistan’s innings was perfectly set up by a second-wicket partnership of 82 from 61 balls between Mohammad Shahzad and Asghar Stanikzai.

The opening match of the sixth World Twenty20 went Zimbabwe’s way, but only after they rescued their innings thanks to Elton Chigumbura. At 123 for 4 after 16 overs it looked as if they were preparing impeccably for the final assault with Vusimuzi Sibanda reaching his first T20I 50 at the 23rd time of asking and Malcolm Waller rattling along.

But when they both fell four balls apart the innings faltered badly until the typically swashbuckling Chigumbura delighted himself and his side by drilling three late sixes.

It gave Zimbabwe a total that was always beyond Hong Kong after a stuttering start which featured their batting coach Ryan Campbell, returning to international cricket 14 years after he played his second and last one-day match for his native Australia.

At 44 years and 30 days he is the oldest T20I debutant and it is a curiosity that he made his ODI debut in the same match as Brendon McCullum, who retired a fortnight ago.

Ireland begin their attempt to qualify for the main draw today and they have a fine history of winning in major tournaments. On the ICC’s website for the World Twenty20 they are described as having “become the face of associate cricket over the years”.

On the other hand, Oman, their opponents today, have never been at a major ICC tournament and were ranked 29th in the world when they arrived at the qualifying event last year. With a team consisting largely of Indian and Pakistani expatriates, most of them over 30, they forged a series of impressive victories.