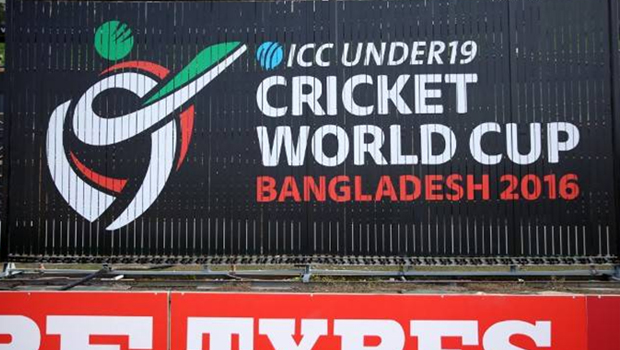 Three great u19 stars with future potential in the cricket

One of the best things to do when following a sport is watching extraordinary talents and see them grow and develop into world star players. We made a list of three players that you should keep your eye on while watching their games, as for sure they are going to be great names.

Plenty of players from the current lot as well have impressed the whole cricketing fraternity. Here are some of the finds of the tournament who have the potential to become the future stars.

The dashing left handed opening batsman and the wicket-keeper of the Indian U19 team had a great time in the World Cup. He scored the fastest ever half-century in U19 ODIs off just 18 balls.

In a group match against Nepal, he smashed 78 runs off just 24 balls which included 9 fours and 5 sixes. His superlative effort helped India chase the target of 170 runs in just 18.1 overs.

Another big innings from him came in the quarter-final against Namibia where he scored 111 runs off 96 balls. India managed to reach a massive score of 349 runs and won the match by 197 runs.

He ended up being India’s second highest run scorer with 267 runs in 6 matches. With the speculations of MS Dhoni’s retirement in the near future, the selectors would keep a keen eye on Pant’s progress.

The most prolific run-getter of the World Cup was the number 3 batsman from England, Jack Burnham. He finished as the leading run-scorer in the tournament with 420 runs in 6 matches with an astonishing average of 84.

He also became only the second player in history after Shikhar Dhawan to score 3 centuries in a single edition of the U19 World Cup.

Though England did not reach too far and ended up at the 6th spot, the biggest positive for them has to be the emergence of Jack Burnham. They would be hoping to see him produce the similar magic in the senior team sometime soon.

The most talked about player from the Indian U19 side before the tournament was Sarfaraz Khan. He had featured in the previous edition as well in 2014 in UAE. He has also played for Royal Challengers Bangalore in the IPL and caught everyone’s eye with his quick-fire cameos on a couple of occasions.

Going by his reputation, there were plenty of expectations from him. He did indeed live up to every single bit of it. He was India’s leading run-scorer with 355 runs in 6 matches.

He scored literally in every match and scored 5 half centuries in 6 innings. He was the pivot around which India’s innings rotated virtually every time.

Even in the final, he was the last man standing whereas all the others were falling like ninepins. He scored a half century and assisted India to a total of 145, which ensured that there could be some fight in the match.