Posted on January 21, 2015 by Admin in Tennis, Thomas Berdych 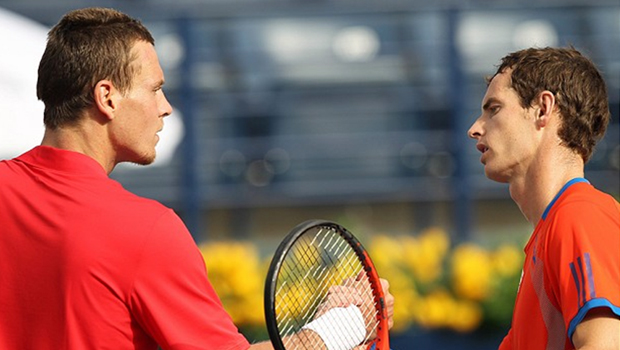 In the New Yearand new season Andy Murray is meeting with Thomas Berdych in a hard ground court, where they played their five last matches, and their results look awful. Both of them only have one victory in the last five matches on the hard ground court, Murray beat Raonic on the ATP World Tour Finals round-robin where the Canadian was struggling with an injury and withdrew from the tournament after that match, and who knows how thing would have been going if he was fit for the match. It’s Andy Murray’s probably the worst end of the season in his career, as personal problems, and happy moments are overwhelming him, and making him weak on the court, and his mind to fly somewhere else. On the other hand we have Berdych, who lost to Raonic just week before he got injured and beaten by Andy. He managed to get over Cilic, and it’s the only victory he has in the last six matches.

Let’s see at their duels. Andy Murray is leading with 3:2 as he has won in 2012 three times, and Bercych got the first in 2011 and the last in 2013 duel. From all the games together, its 8:6 in sets for Murray, who is in the worst form of his life? I hope that this information will help you when you visit Sport bet news and bet for your favorite player.