Thistlecrack set for Gold Cup glory at the first time of asking?

Thistlecrack set for Gold Cup glory at the first time of asking? 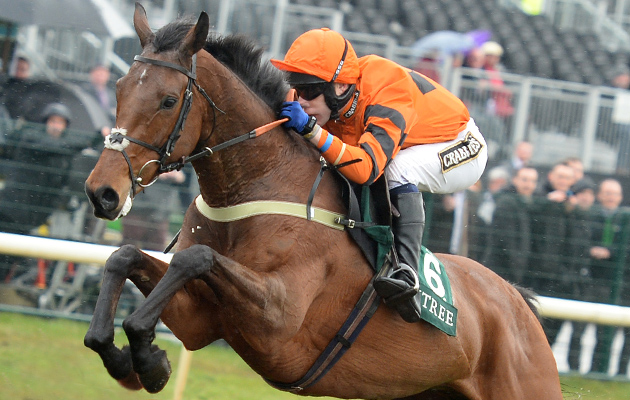 The Cheltenham Gold Cup is the highlight of the National Hunt calendar and the greatest thoroughbreds in jump racing are set to compete for the crown in 2017.

Don Cossack won the most recent edition of the famous event but it looks like the defending champion is set to miss out through injury. If he fails to recover in time, the Cheltenham faithful could be about to crown a new, younger victor…

Colin Tizzard’s Cue Card has matured into a real fan favourite in the racing industry and he could be there or thereabouts if he fulfils his potential.

He recently held off 2015 winner Coneygree at one of the trial events at Haydock and he was travelling strongly before his agonising fall in the latter stages of the 2016 Gold Cup race. At 10 years old, this could be Cue Card’s last chance at the big one.

However, stablemate Thistlecrack could be the one to beat. As of December 14th, he is the ante post favourite at 3/1 in Coral’s horse racing betting markets and with good reason.

He has won all three races so far since converting from hurdles to fences and Tom Scudamore will be looking forward to the big race on March 17th. If Thistlecrack continues to improve his jumping, he could be more or less unbeatable.

He stays better than anybody else in the business and is a dual Cheltenham winner – over hurdles at the Festival and over fences at the back end of 2016. Thistlecrack will only improve over time and Tizzard knows it.

It looks like Cue Card will get a shot at the King George at Kempton Park on Boxing Day – and that opens the door for experimentation with Thistlecrack elsewhere. His next move could determine his chances for the Gold Cup…

Coneygree will be better off from his first run back at Haydock and another run later in the Christmas period could give us a greater indication as to whether he is capable of beating the Tizzard duo.

Coral’s preview ahead of the International Open last month reminded horse racing fans to keep Paul Nicholls’ mounts in mind but this one could be a three-way battle at the top of the betting markets.

Don Cossack’s fitness and bounce-back-ability could wreak havoc with punters but it could be a straight-up fight between Thistlecrack, Cue Card and Coneygree. Cue Card has the experience, Coneygree has the 2015 victory but it could be new kid on the block Thistlecrack who benefits the most and gets over the winning line.

One thing’s for sure: it is going to be one of the most exciting Gold Cup events in recent years…