This is how the football mafia moves

This is how the football mafia moves 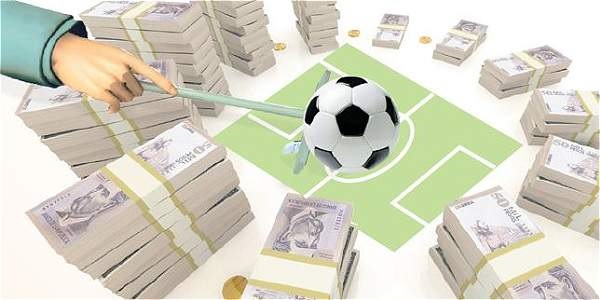 Interpol suspects that, in Europe, some qualifying games for Russia 2018 are already fixed.

In a matter of days, the Colombian government will block the international online sports betting pages that operate in the country without any official authorization. The decision was taken by Coljuegos, who also has identified in several cities gigantic circuits of illegal gamblers around the local professional football matches and the Colombia Selection.

In fact, less than a month ago, with the CTI of the Prosecutor’s Office and with the Police, a criminal gang was dismantled that operated electronic sports bets in 164 points, under the name of Pijaosports. One of the seven captured from that network, which raised up to 300 million pesos per day, is an Italian citizen already released.

Therefore, the investigators were not surprised that, as revealed eight days ago EL TIEMPO, a professional referee reported that bettors approached him to get ‘hand’ to the parties.

La Dijin is behind that complaint that, according to Jorge Armando Otálora, head of the Arbitration Commission, occurred four months ago, just when they were playing the finals of the first half of the League.

“The amounts that are bet are high and the pressures are not new. In 1994, Colombia coach Francisco Maturana was threatened with death to force him to remove Barrabás’ Gómez from the game with the United States and to line up the ‘Smurf’ De Avila, “said one investigator.

Despite this background and that the International Federation of Associated Football (FIFA) and Interpol have issued several warnings about the phenomenon, sports officials and owners of professional football teams consulted said they have no information on that practice in Colombia.

“We are already investigating to confirm if this is happening. We have told the referees to report through us. But there is still no convincing proof that that is happening, “said Ramon Jesurun, president of the Colombian Football Federation.

In the power of Coljuegos there is information on 418 points where this type of betting operates, which a year move more than 600,000 million pesos.

“They play everything from a local marker to how it will be the November 10 game between Chile and Colombia, the qualifiers to the World Cup. The illegality is very high. All those who are operating are outlaws and evading taxes for more than 144,000 million pesos, “said Juan B. Pérez Hidalgo, president of Coljuegos.

And announced that, using a rule issued a month ago, which regulate the games of chance and chance on the Internet, the first step is to block the portals of betting that operate on the web, in the same way that is done With the pages of child pornography.

In addition, those interested in operating in Colombia must meet a number of requirements, including the analysis of their software and hardware to ensure data protection.

The other big challenge is to dismantle networks of illegal gamblers with tentacles in other countries.

It is estimated that, a year, 500,000 million euros are moved in sports bets: about 1,700 billion pesos, twice the GDP of Colombia. And 80 percent is illegal.