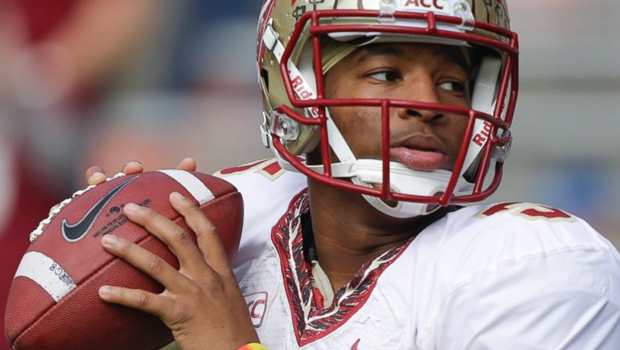 The wonder kid Jameis Winston will enter the NFL Draft

Despite the fact that he had great season in Florida State last season, and it is the place where he received all the publicity and gathered pretty much all of the experience that he has, he will not be staying there next season, but instead he is willing to join the NFL draft for the next season to come.

Jameis Winston said in an interview that he has already made his decision on Wednesday morning that he will join the NFL drafts instead of continuing his career at Florida State.

Winston’s father told the media that his son has made the decision and that the official announcement will come from Jameis Winston himself right after the College Football Playoff National Championship game.

Jameis commented for the questions of the media saying that the decision was one of the hardest ones in his life that he will have to say goodbye to the entire family he has in Florida and the family that he has in the locker room of Seminole. He is thankful and will never forget the moments that he passed with his teammates and the experience that he has earned as a player. He has had the great time and he is asking for the teammates and fans to understand that he is not leaving them, but he is seeking for a brighter future as a professional NFL player. The things that he went through will be forever in his heart both as a player for the Seminole and as a student in the same college.

After the announcement that he has made the official NFL Draft director Mel Kiper Jr. has placed Jameis on the position of second best quarterback for the draft right after Marcus Mariota who is the winner of Heisman Trophy in the 2014 year. On his list of all the drafts for the current picking he is on the sixth position, after previously been put to the test and his body dimensions allow him to qualify for the draft and to be a professional NFL player.

Since the start of the 2013 season Watson has made it to the top of the quarterbacks in the college league with his passes. He has 65 touchdown passes and amazing 7964 passes from the fourth pass. 124 from the second pass or less and that puts him on the second place as a recorder of passes made that changed the game.

According to the critics he is far better than Marcus Mariota who still needs development, so I’d suggest you all watch this young boy through the years and see how he developes.

Don’t forget to check the jackpot bet online sports forums and read the news and information, after you have placed a bet of course. Be among the many lucky winners of the jackpot and the other good pricez.