The Spanish star Angela signed a new contract with her team

The Spanish star Angela signed a new contract with her team 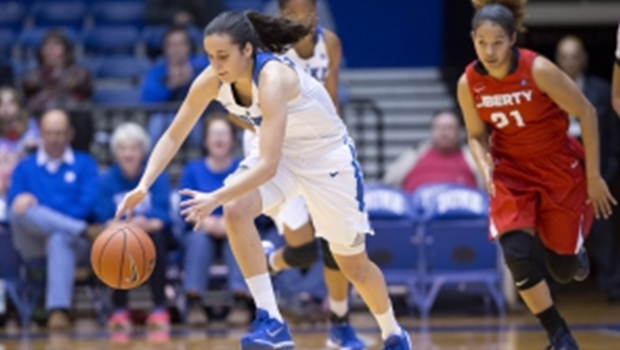 We don’t want people to say that we disrespect women sports so here we go, once in a while, on Jackpot Bet Online, women basketball in Spain with Angela Salvadores.

So young, but so talented, she already made her impact on the Spanish game.

With only 19 years, this tall guard 176 is undoubtedly one of the greatest promises of basketball. Angela is a player of a brutal offensive talent but must improve a lot on the defensive. In principle it does not seem a player very style of Michelangelo Ortega, but neither seemed Hind Ben Abdelkader and progression in Cadi La Seu was excellent at the hands of the Catalan coach.

The player Leon came as a cadet to Segle XXI where completed three seasons. The first year cadet and debut in LF2 while the second (14.5 points) and the first junior (15.4) would be the best national scoring category.

The following year would leap forward in completing his junior career with Rivas Ecopolis stage debuting at hand LF Jose Ignacio Hernandez . Despite the irregularity itself a junior, his role would be very good averaging 14.6 points over 33 minutes per game in a Rivas Ecopolis that amply fulfilled its objective of maintaining the category.

But it was known that his time in Rivas Ecopolis would be only one year since it was already known with Duke University . He came to America with much “hype” (number 5 ranking ESPN) thanks to its impressive U17 World Championship a year earlier. His debut at Duke was not nearly live up to expectations. His numbers are not bad for a first year NCAA (8.7 points, 2.8 rebounds and 3.6 assists in 26 minutes). Furthermore season the Blue Devils was to forget being left out of March Madness for the first time in many years.

After the season Angela Salvadores announced that leaving college to start his career in a team contest the Euroleague.

Angela Saviors will be this summer also an important part of the Spanish national team U20. His career in training categories is spectacular. Two European U16 gold medals in 2012 and 2013. In 2012 Miskolc was the top scorer of the final and seeped in the best quintet. Varna repeated in 2013 as top scorer at the end and was chosen MVP of the championship. Twice in 2014 with the U17 and U18. With the U17 women achieved a silver medal with a historic 40 points in the final against the United States. With the U18 managed bronze medal after losing to Russia in the semifinals and again Angela wafted in the best quintet. Last summer the escort doubled again, this time with the U18 achieved the gold medal with 27 points in the final and the Eurobasket MVP in Celje (Slovenia). With the U19 conofrmar had to fourth place after losing to the US in semis and Australia in the final.