The perfect strategy of one who earned $ 15 million in blackjack

The perfect strategy of one who earned $ 15 million in blackjack 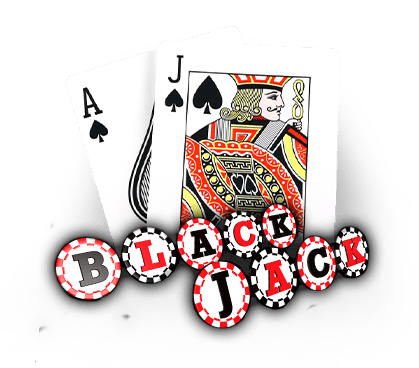 A few years ago, a blackjack player named Don Johnson managed to bend the Atlantic City casinos and win over $ 15 million in four months. This incredible benefit was garnered by adopting an optimal strategy and getting benefits from the casino, advantages granted to attract the high-roller player.

To understand how three of the city’s casinos have accepted certain conditions to attract the player, it is necessary to return a few years back, just after the crisis of 2008.

In 2008, the US is entering recession and most industries and sectors of the country lose money because of the banking crisis. The casinos are not set apart and those in Atlantic City are particularly affected. Competition from new casinos in some neighboring states – particularly in Pennsylvania – further tightens the situation.

After 2008, Atlantic City casinos have more money than ever before, prompting them to attract as many VIP players as possible. At the casino, it is always the house that wins. This strategy will make it possible to garner nice profits through an individual handle.

When the Tropicana, the Borgata and the Caesars hear of Don Johnson and his big wagers, they do everything to make him play, until accepting conditions that appear today as very generous.

Many advantages obtained to play

Before launching, Don Johnson has long studied blackjack, notably with friend’s mathematicians. Contrary to what many believed at first, he did not count the cards, he simply made sure to change some aspects of the game to turn odds to his advantage (at least to minimize the casino advantage). By adopting the perfect strategy, the casino’s rating rose to only 0.263%.

First, he agreed to bet big, averaging $ 25,000 per hand knowing he was playing 3 hands at a time. For this kind of amount, the casino can unwind the red carpet, including free drinks and meals, as well as suites, transportation to and from the casino, etc. Johnson also agreed to put $ 1 million on the table.

The dealer could not draw new cards if he touched a soft 17. If the dealer touched A6, or 17, he could not try to improve (even though it was impossible for him to exceed 21 by taking a new card, since the Ace is worth 1 or 11). The player could also separate up to 4 cards and double on any combination.

The rules in blackjack may differ according to the casinos but Johnson wanted to play according to its own rules. Betting big amounts allowed him to get them accepted by Tropicana, Borgata and Caesars. These three casinos lost respectively $ 6, $ 5 and $ 4 million. A record loss that resulted in the dismissal of several executives at the time.

The little touch to the Johnson

Don Johnson studied for a long time to bring down the house advantage to 0.263%. But 0.263% remains always advantageous for the casino, even if the margin is fine. To allow him to reverse this figure, Johnson used psychology to try to disrupt the croupiers and make them make mistakes.

A few mistakes at $ 50,000 or $ 100,000 can make a huge difference for someone who has mastered the game perfectly. Johnson knew that dealers could be nervous about playing for such big amounts. Moreover, all the rules imposed by the player made complicated the task of the dealer who had to be perfectly attentive.

That’s how Don Johnson managed in a few months to beat three Atlantic City casinos for just over $ 15 million. There is no chance in this performance, just an impeccable preparation and a perfectly honed strategy.