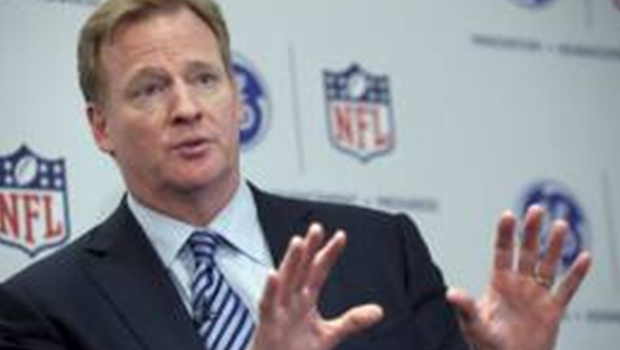 The NFL takes good care of the details of your image

As one of the most prestigious sports leagues in the world, the NFL tries to take care of their image and not allow anyone to hang their prestige.

From now on NFL is also a sport that we discuss in Jackpot Bet Online. Visit us!

And to avoid this , the League has guidelines for companies that want to partner commercially with it or pay for commercial spaces on television or static advertising in their stadiums, including buildings in which events are held outside the United States, as happen next November 21 .

On that date, Houston Texans and Oakland Raiders to contest the first game Monday night outside US territory at the Azteca Stadium in Mexico City and the restrictions that have for their stadiums apply them to the Coloso de Santa Ursula and transmission of the game in Mexico on Televisa.

The NFL does not allow snuff products (cigarettes, cigars, etc.) or distilled beverages are announced in the stadiums of their equipment or to buy television spots and radio during broadcasts of their matches. Beer, including any means without alcohol, is the exception to this rule.

Condoms or advertising relating to any contraceptive method is also prohibited by the League, as well as the drugs that require a prescription and entertainment establishments that have shows with naked -read table dance.

Advertising of firearms, ammunition or other weapons is prohibited , however, the NFL allows camping goods stores and selling these products are announced, provided they do not include in their advertising.

One aspect that not only looks but also NFL MLB, NHL and NBA-the four most popular professional leagues EU– is betting and everything related to this activity.

The NFL prohibits any commercial pattern mention the word “bet” and include establishments where gambling such as casinos and hotels, mainly Las Vegas run.

In fact, the name of this city is one with which the NFL does not want to be linked directly, so that does not allow advertising during broadcasts of their games, “Las Vegas” is the main theme of the ad.

If a company wants to include the name “Las Vegas” in your ad, you may do so in a complementary manner. For example, if an airline wants to promote a route to that city, may make mention of the city as follows: “Fly in (name of the airline) Mexico City to Las Vegas for only $ 100. “

To that degree comes care NFL for not relate to the illegal activities that may happen in the Capital of Sin, which does not allow suggestive adverts involving inappropriate activity (excess alcohol, gambling or sexual adventures), including reference to the famous phrase, “what happens in Vegas, stays in Vegas”.