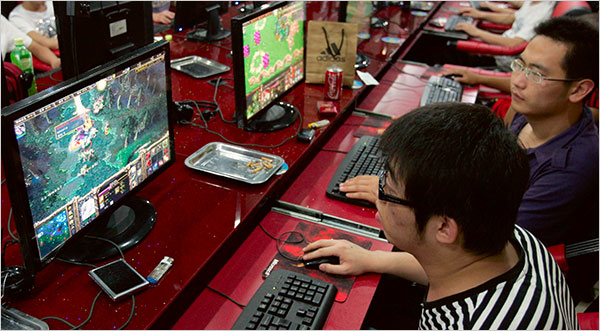 Some may still doubt it but the influence of video games on the current and future market of casino games (and that of gambling in general) is undeniable. The common denominator of the eSports scene or the Video Game Gambling Machine is the younger generation. Many expect this young generation to be a motor for gambling, live or online.

The bet of the VGM

Land casinos want to attract younger generations to renew the dynamism and interest of the activity. This is why the first video game gambling machines (VGM) were launched in the United States. Based on new gameplay close to video games, players can influence the results of the machine in contrast to a normal, completely random slot machine.

Already present in Atlantic City (which is sorely in need of dynamism), VGMs must appeal to young people and attract them to casinos. For the moment, this young market is dominated by GameCo, which plans to launch soon an adaptation of the series “Vikings” and the cult western “Pendez les haut et court “. These games will be accessible at Harrah’s, Caesar’s, Bally’s Wild Wild West and Tropicana casinos.

A few years ago, few people knew the meaning of eSports. A true institution in South Korea, the eSports scene did not really exist in Europe, at least in the media. Today, the success of some online games such as League of Legends, Hearthstone or Dota has allowed world-wide development on the Korean model, by transforming video game players into high-level athletes.

Some video game players have become rich and more and more live from this activity. High-level “sports” competitions generate interest, therefore fans, and therefore people who are ready to defend the interests of their champions. More and more people are willing to bet on this kind of encounters, in the same way as for a game of football or tennis.

In France, the FDJ announced that it will launch an ESports competition this year. The state of Nevada became a few months ago the first state to legalize eSports bets. It is even possible that eSports competitions will be organized for the 2024 Olympic Games. That is to say if the influence of video games on the betting industry is strong and is brought to take more and more importance.

From teenager “no-life” and pimped 10-20 years ago, the video game player is turning into a young cool, potentially rich and known.