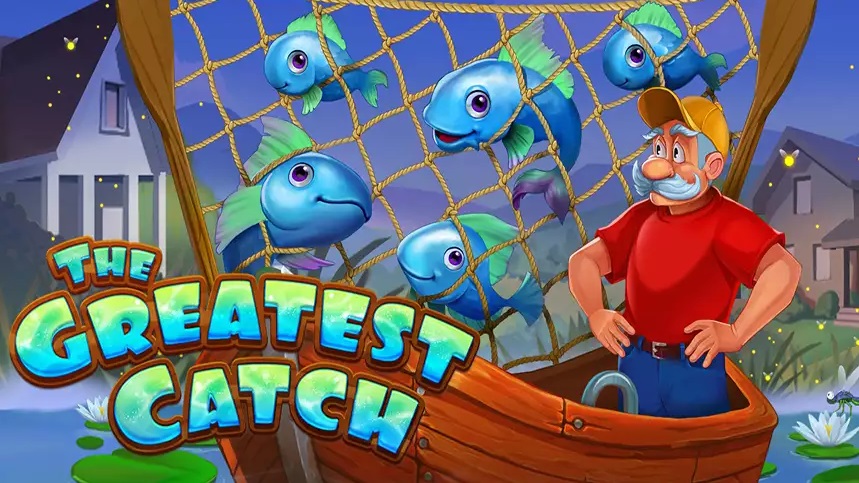 Evoplay’s The Greatest Catch exemplifies the advantages that online slots have over their land-based equivalents. Rather than serving as a backdrop for a typical, perhaps a little antiquated slot game, the slot’s theme works to improve the game’s mechanics. The Greatest Catch provides ten various possibilities for players to win the main prize, with an RTP of little under 96 percent (95.98 percent). The game is available in over 17 languages and may be played by people from all around the world.

The smallest wager you may make on the Greatest Catch is 0.1 EUR. His incredibly low stake is ideal for newcomers and low-stake players who would rather relax and possibly win a small amount of money than worry about losing a significant sum. The maximum stake on the game is 75 EUR, which, while not too high, is sure to lure those who wish to take a chance for a higher reward. In terms of payouts, the greatest prize in The Greatest Catch is 10,000 times your total stake, with a maximum payout of 750,000 EUR. It is important to remember, however, that earning the big prize is a difficult, if not impossible, task.

Features of the Greatest Catch Slot

The Greatest Catch includes all of the standard features of online slots, plus more. The Scatter Symbol and the Wild are, of course, two traditional features found in most online slots. The golden fish is the Scatter Symbol, and it can occur on any reel during the main game. Getting a certain number of Scatters will grant you a certain number of Free Spins. Three scatters trigger 10 free spins, four trigger 15, and five trigger 20.

The Wild symbol replaces all other symbols (save the Scatters) and appears only during the Free Spins round. Each Wild symbol activates one buoy, and landing four of them delivers 10 additional free spins as well as a higher multiplier on all prizes. The first four buoys will double your payout, the second four will quadruple it, and 12 buoys will raise your award by tenfold.

Finally, the Dynamite and Fishing features improve your chances of receiving a higher prize. After any losing spin with a Wild symbol on the board but no Fish symbol, the dynamite feature is triggered. Fish Symbols are randomly substituted for 3 to 6 symbols. When a Wild and Fish symbol appear on the board at the same moment, the fishing feature is activated. The Wild symbol then gathers all of the fish symbols’ prizes, and the player reaps the benefits.

The Greatest Catch absolutely shines in terms of concept and design. A lone fisherman is fishing in the warm sun on a beautiful lake in the game. The lake appears tranquil and rich in wildlife thanks to the algae, kelp, and various fish and amphibians, giving the game a calming quality similar to fishing itself.

The Greatest Catch is a thrilling casino game that encapsulates all of the best characteristics of online slots. It has amazing bonuses, a pleasant and intriguing concept, and some unique and original gameplay. It is certain to delight all slot enthusiasts.