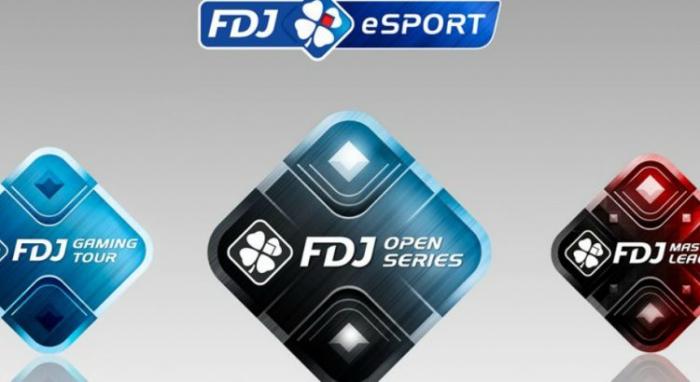 Games of scratching, games for drawing, lotteries or sports betting, the major actress of the Universe French of gambling and games of chance comes to announce its launch very next in a whole new field: the e-sport. The beautiful to the slogan “Every day is a chance “Account organize competitions by collaborating with the subsidiary Webedia of Fimalac in order to promote this new niche doing more and more followers.

It is always in the objective to diversify in the face of the fierce competition of the iGaming that the French of the Games has announced a few days ago, its entry in the middle of the E-Sport, still little known in France. It is a great first for this last which is queen of games of money since 1976. Taking advantage of the competition ESWC Winter 2017 occurring in Paris from 17 to 19 February 2017 to announce the new, the FDJ has indicated that it would organize a major competition named professional the FDJ Masters League. But it will not stop at this level which aims at a specific target. It will also propose the FDJ Open series addressing this time to amateurs. This expected competition will begin as early as March 2017.

Remember that the E-Sport, for the people who would not be familiar to this new term, refers to the practice of a video game alone or in a team on the Internet. The growth of this new discipline to begin at the end of the 1980s with the development of the Canvas and games in networks. There are professional tournaments such as the World Championship League of Legends, The Evolution Championship Series or even the Electronic Sports World Cup, competition during which the FDJ has done its coming-out!

To communicate on this new specific area, the French of the Games will propose an Internet site devoted exclusively to the e-sport which will bear the name of FDJ eSports. The players will have the opportunity to register for free and follow the competitions from the web-TV. The French of the Games has not yet announced what games would be available since it is still in negotiation with the different suppliers.

The place of promising e-sport or electronic sport

“The Democratization of the discipline of sport Electronics Thanks to the FDJ means the enlargement of its practice on all the territory,“ says the president of Webedia, Veronique Moralu, a benefit non-negligible which therefore omen of pretty figures. In order to locate in this particular area and new to the queen of the Games of lotteries, the FDJ account work step by step: collaborate with young players and put in place an economic model. We are not talking about legislation in this specific case but rather of regulation, since the legal status is already in place through the act for a digital Republic, proposed by the Secretary of State to digital Axlle Lemaire and promulgated in October 2016. Regulatory questions that Stephane PALLEZ, CEO of the French of the Games, addresses rather serenely by putting in before the know-how of the FDJ. Restore a integrity to the E-Sport appears to be the issue of this last.

To do this, the French of the Games has not made things by half since its investment amounts to EUR 500 million, having as objective to recruit millions of new players to here 3 years. A project of great magnitude to this pioneer of gambling and games of chance which do not cease to animate the France, all generations. With more than 4.5 million players in the field of the E-Sport, the market is estimated at 20 million euros in France with a growth of 10 per cent per year. Very beautiful development prospects for the French of the games that may be discovered the new e-goose that lays the golden eggs!