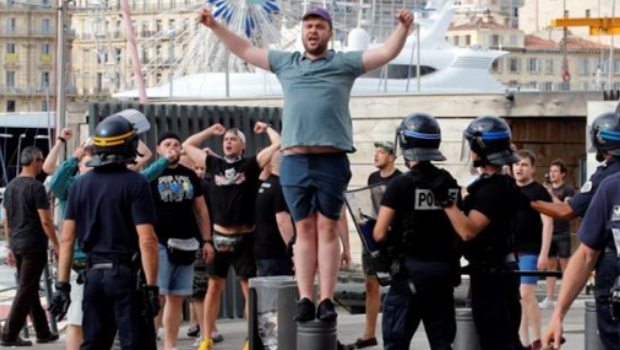 Since Euro cup is the one of the most famous football tournament and the second most famous tournament, thousands of fans are coming daily to France where Euro cup is happening. The interesting thing is that the fans and supporters who have come to France is historical news says. It is like a grand festival in France because of Euro cup as the tournament has attracted a lot of new fans, especially youngsters from most of the countries of the world.

It is well known and pretty sure that there will be rivalries and violence in the city where the tournament happens since it happens every time without fail. The police officials in the place where the tournament is conducted will be busy every day because any kind of violence will happen here and there for sure. It is because the fans become aggressive and aggravated when they see opponents in the city.

There were noise and bottle breaking sounds at Marseille, on which the police officials arrived at the place and found weapons and attacks. The imprisoned Russian fans were banned from visiting France for two years and the French officials have confiscated their passport. This may not be new to the football tournament but quite disturbing. The fans and supporters fail to consider football as a game and this is the reason there has been a lot of issues.