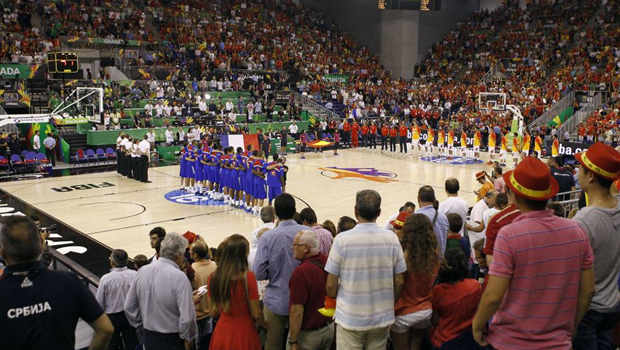 Countries affected by the sanction of the FIBA 20 have until Wednesday to present its defense. FEB sources confirmed to AS they will.

The war between the FIBA and the Euroleague has claimed its first victims and divided the map of basketball in the Old Continent. The European Federation has finally sanctioned without Eurobasket 2017 eight countries had reached an agreement with Euroleague (Spain, Russia and participants in the Adriatic League: Serbia, Croatia, Slovenia, Bosnia, Macedonia and Montenegro) and has sent a notice six other federations have clubs that will participate in the European Championship: Greece (AEK), Israel (Hapoel Jerusalem), Italy (Sassari, Trento and Reggio Emilia), Lithuania (Lietuvos Rytas), Turkey (Galatasaray) and Poland (Zielona Gora) . France and Germany would be the two major powers that would be the opposite side of the conflict.

Jackpot bet online is a site with all the latest news and information about the most watched sports in Asia and Europe. You can check more related articles and stories on our facebook profile or directly on our website Jackpot bet online.

The victims have until Wednesday 20 to present its defense. Sources confirmed to AS FEB that will n. The Federation argued that the decision to ally itself with the Euroleague was taken exclusively by the ACB, without any intervention by the federal agency. The CSD, through Miguel Cardenal, is more akin to the FIBA model, which rewards sporting merit as opposed to the Euroleague and permanent positions. “The CSD will analyze the case and seek the best for Spanish basketball in order to redirect among all the conflict , ” he says.

Meeting. FIBA Europe FIBA has suggested to act accordingly in competitions that depend on it: World Games and. Spain and Lithuania are already qualified for the Olympic qualifiers Rio and compete Greece, Croatia, Turkey, Serbia and Italy, the latter two organizers of two of the three tournaments. FIBA has scheduled a meeting next weekend (23 and 24 April) which will arise if the punishment is too wide to intercontinental competitions. Although the sanction does not affect the netball or categories of training, girls World 2018, which was awarded to Spain, danger. The executive committee will also decide if your organization is removed.

Germany has not yet decided

Germany has not yet been decanted. The Champions has its teams, but also the Euroleague, which had offered him a place at the continental showpiece for the Bundesliga champions and two in Euro for the second and third place. Its non-membership for now the Euroleague could have opened the doors of the Olympic Games. The German Federation has received a letter FIBA consulted if would be interested in organizing and participating in one of the Pre-Olympic, if you got a vacancy.