The act of LeBron

The act of LeBron 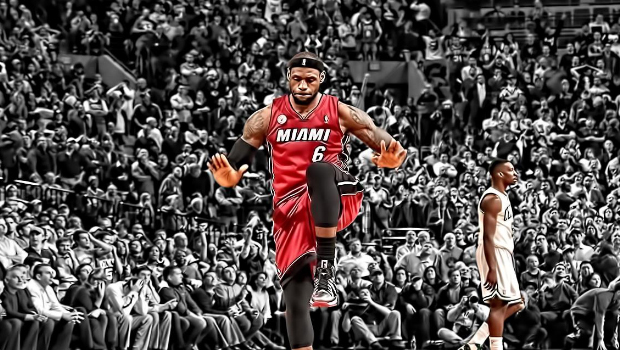 As few guessed and many hoped, the Cleveland Cavaliers have become the NBA champion of 2016 NBA tournament. LeBron James is already a notable player and he has become a hero of millions of hearts around America over night. He broke out in joy and shed tears on the field covering his face with his hands. It was really emotional to witness that incident and he become a kid once again when he did that. After such incident, more than the success of the Cleveland Cavaliers, LeBron is the hot news in the country.

Crying in the field is not a new for the basket ball players but what LeBron have done has moved the hearts because he came to the game with lot of failures in personal life. He is a poor kid for mother with struggles to grow him and no steady job for her. Though he has problem in the marriage life, LeBron is strong in heart to make the team win in the NBA championship. His focus was full on the game and to show his power to the things that put him to shame and spoiled his name.

His team mates surrounded him and celebrated the victory in high spirits and the whole ambience broke to tears of joy. Though he has tasted a lot of victory for every team he has played, this victory is special as he plays after several failures in life. He could not believe the moment and that second he started crying the whole crowd broke in to tears. From the child hood, till the date he has faced a lot of problem and made a lot of things for his living. Once his life is guided through basket ball, he started facing failures in relationship and the incidents like divorce happened.

He showed that no team is too low to defeat and proved that anyone with the strong focus and determination can defeat the team like Golden State Warriors who say claim themselves the greatest NBA team ever. After finishing crying he shouted, “Cleveland this is for you” and that moment was really the greatest for Cleveland. All those who hated LeBron, have to get life and take heart because he is again the hero.