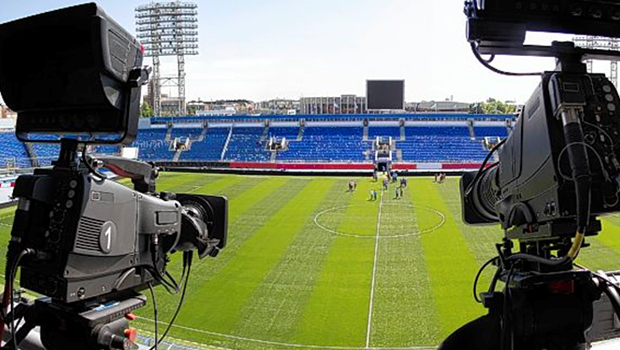 Technology in football, a major commitment of Fifa

Last week was historic considered for the football world. The advent of technology experimentally to arbitrate parties is a step that Fifa has to analyze the controversial plays and done some years in other disciplines such as tennis, rugby, football and hockey.

The International Board, guarantor of the game rules entity, approved the use of this type of technology resources in order to help referees make decisions during development momentous matches.

In approving the use of video it was determined that for now will be evaluated four point plays: goals scored, red cards, penalties and misconduct.

This measure has already been adopted in other disciplines. In hockey technology it is used to decide whether or not there were faults in the match actions.

In tennis used to determine the path of the ball and confirm whether the ball hit within the playing area.

Two other sports in recent years have experimented with this tool is rugby and basketball.

“It is imperative that he can help referees from the technological point of view with very simple rules. Our proposal is very similar to the International Board approved , ” said Ramon Jeshurun, president of the Colombian Football Federation, an organization that sought to Conmebol approval of a proposal agreed on many points with which will be implemented in next months.

“It is expected to achieve an accuracy of one hundred percent in decisions for each incident, but avoid clearly incorrect decisions that change a game, like goals, penalties, red cards or mistaken identity , ” said the International Board in a statement.

Twelve national leagues and a confederation were presented as candidates for field testing, although not yet decided who will host the tests.

It remains to be defined how this is carried out these tests, but initially it is intended that a referee assistant, sitting in front of a monitor, you can evaluate the television images at the request of the central judge.

“It is a decision that is focused on promoting the show. It is not a direct determination with grassroots football. The idea should be not to lose the essence of football , ” he explained this week the Colombian exárbitro Jose Joaquin Torres, who was for 14 years as a judge Fifa.

Another point of view are the companies that are responsible for performing football broadcasts.

Miguel Tulande, director of special events Canal RCN and commissioned productions of football in Colombia, “is very interesting the proposal to bring these resources to football, but should not be abused. On the production side would give a greater number of elements to enrich transmissions “.

Wilmar Roldan, the country’s No. 1 and South America, is emphatic in stating that more technological resources that exist, “the referees have the final say at the end”.