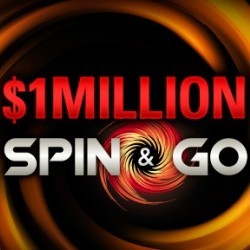 On 15 December 2016 a Spin & Go tournament on the online poker platform Pokerstars developed into an exciting decision-making battle. When playing with a buy-in of US $ 100, the jackpot of 1.2 million US dollars was unlocked, and three players gambled for the lucrative prize. The three poker players came from Russia, Belarus and Bermuda. After an exciting part, a teacher was victorious from the British transitions and a millionaire.

The player from Bermuda with the player name jrww86 began on December 15, 2016 against 20 pm Central European time playing poker on the online platform Pokerstars. He chose a Spin & Go tournament with a buy-in of $ 100. For a good ten minutes, he had a thrilling game behind him and was richer by 1.2 million US dollars. What happened?

The jackpot was unlocked by random generator and the three poker players in the game got the chance to win the million. The Spin & Go Tournament is a three-player format with a randomly determined jackpot. This is always a multiple of the buy-in. In this case, the random number generator multiplied by a factor of 12,000. Apart from the residents of Bermuda, the Russian and the Belarusian REVELKOF were netspider_by at the virtual table.

The exciting game of the Spin & Go tournament

Such an encounter of three poker players at the Spin & Go tournament can often be very fast, and so it was the case here. The White Russian named netspider_by was quickly chip poverty. Although he rose with the King of Diamonds and Cross 6 a, but REVELKOF played a club flush with spades 6 and Cross Lady and swung onto the chip lead. Thus netspider_by the consolation prize of waved “only” 100,000 US dollars and the remaining players REVELKOF and jrww86 wore their million-duel.

During the next fourteen poker hands, the player from Bermuda won a lead of 56 chips: It was 778 chips for jrww86 to 722 chips for REVELKOF. The final hand was played when the blinds reached the 30/60 level. From jrww96 the call came from the blinds, REVELKOF checked. The flop cards were queen of spades, jack of diamonds and heart 9. While REVELKOF Heart 3 and Karo lady had on hand, succeeded jrww86 to form with cross Jack and Queen of Clubs two pairs. So he played poker to become a millionaire. The Russian was also able to pay the consolation prize of 100,000 US dollars, the remaining million went to the teacher from the Bermuda Islands, who otherwise wanted to remain anonymous just before his win just before Christmas.

In the first few minutes after the exciting game, the lucky winner declared himself “too excited to comment.” He had played a total of barely ten minutes, the decisive game with a million jackpot lasted about eight minutes. Meanwhile, the fresh-bred millionaire has surrendered more of himself. The man with the player name jrww86 lives in Bermuda and is 30 years old. If he does not hit the jackpot at poker, he teaches history. He has been playing poker for ten years in his spare time. The money he can use “well.” He commented on the early Christmas surprise with the words:

Third Millionaire this year at the Spin & Go tournament

This year, in addition to the new millionaire from Bermuda two more poker players each won a prize of one million dollars: The Brazilian guiemie01 and the player Rainman731. In February 2016 Rainman731 could set a record: He earned his million in only two minutes (press release as a PDF). The Brazilian followed in March 2016.

The Pokerstars Spin & Go tournament is fast and starts with a supply of 500 chips each. The price calculator is determined by a random number generator. The buy-in is multiplied by a factor between 2 and 10,000. The buy-ins are staggered as follows: Entry is possible starting at 25 US cents, followed by 1, 3, 7, 15, 30, 60 and 100 US dollars.