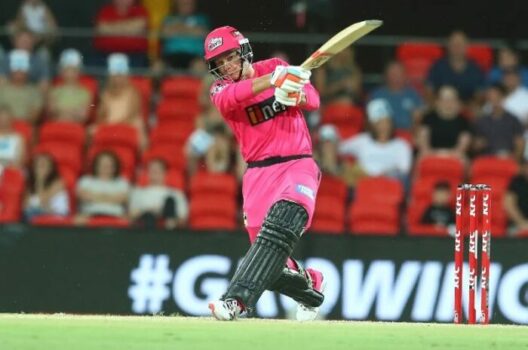 The match between the Sydney Sixers vs Brisbane Heat is scheduled to play on the 10th January, 2021. Sydney Thunder is one of the best team in the Big Bash League. All the experts and former players get tired to praise this side of the series. The Sydney Sixers has the only problem in the last overs bowling overs. Otherwise, all the other sections of the match picked well in the previous game. They have chosen the real track to go into the next round of the season.

There is more chance to finish the top four sides of the league. If the sixers remain successful in coming games, then its side may go to the 2nd number on the point table. We have seen that the side failed to win the match while chasing the target of 184. But, Mitchel Marsh’s performance impressed the viewers as he posed the 57 runs in only 27 balls. He proved wrong the criticizers. On the other hands, the bowling department has consisted of decent bowler in the form of the Jake Ball.

Tom Bonton and Chris Lynn are the prominent players of the Brisbane Heat. But, unfortunately, Lynn got injured in the last match. It is a heavy loss for the side. On the next side, the bowling department is quite handsome in the Mujeeb Ur Rahman’s presence. He is only of the best bowlers on the international side.

The Mark Steketee’s presence who picked up 15 wickets in the league so for would be the key man also. In the batting side, Max Bryant also remain successful with the 210 runs. So, the two teams have balance sides to face each other.

If you want to predict the match’s winner, you must know head to head performance of the two sides. Sydney Sixers claimed the win in the last game versus the same team. On the next side, Brisbane Heat faced a defeat and also it’s bowling side struggling.

According to the experts’ official views and betting spots, more than 90% of people favoured the Sydney Sixers. I will also like to take the side of SS in this match. They have balance side to do best versus any team of the Big Bash League. For more prediction and statistical news, go to the official places to check the averages and runs off the sides. Do not forget to see the bowling figures also.

We cannot assure about the exact winner of the match. But, the facts and figure showed that the Sydney Sixers would carry the day on 10th January. Unibet is one of the official spots to see the final rating of teams.

I tried my best to post all the clear biodata of the two teams and the profile of the players. If you do not satisfy then go to the official site for betting. On the other hands, Sydney Sixers players are in okay form to demolish the opposite players. Mitchel March and the top order are ready to blast the bat at the crucial time. Whereas, the Jack Ball picked too much wicket when the team required.